Paired for three decades, They Might Be Giants' two Johns put all their madness into their music 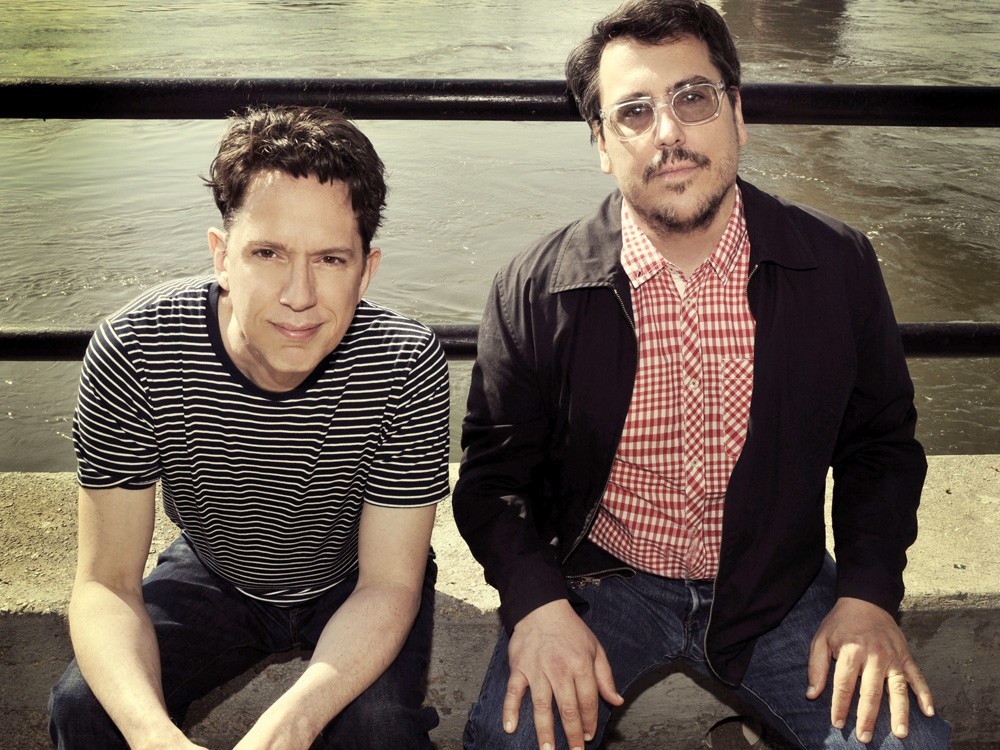 The duo of Johns known as They Might Be Giants has been active for nearly 30 years, but their longevity alone doesn’t exactly make for a gripping yarn. Their narrative doesn’t have a sexy hook or even a clear arc. There have been no wilderness years. No smashed hotel rooms. No alien love-children.

Nearly a decade ago, the documentary Gigantic (A Tale of Two Johns) told the most riveting parts of John Linnell and John Flansburgh’s story in full. Their drug of choice was and continues to be coffee. Their most tumultuous period came when Elektra, their label at the time, imploded. Fine, they said, and simply pursued a DIY route instead.

To explore the sole manifestation of TMBG’s uninhibited side, you’d have to turn to their music. An exultant ode to electricity titled “Birdhouse in Your Soul.” An homage to President James K. Polk. A funky celebration of a sentient and possibly telepathic motorcycle.

Now on their fifteenth studio album, Join Us, They Might Be Giants continue to soar in nerdy flights of fancy. Like “The Lady and the Tiger,” a lethargic faux-rap parable about a woman with laser vision and her feline companion. Or “Dog Walker,” a jive sung in a helium-induced falsetto, punctuated by sneering guitar licks.

Flansburgh has said in earlier interviews that some songs — “mutants,” he called them — were too weird for even this sort of company. By way of explanation, Linnell says that they “patiently cultivate all the candidates” for any given album before pruning.

“When the songs are first sprouting from the song garden, it isn’t always clear which ones are going to grow into prize-winning specimens and which will be too deformed to show at the state fair,” he writes via email while touring somewhere between Iowa and Nebraska.

Along with songs recorded for other projects (such as covers of the Pixies’ “Havalina” and Chumbwamba’s “Tubthumping”), those mutant outtakes have just been released on the 20-track compilation Album Raises New and Troubling Questions.

“It’s only fitting that an album called Join Us should have a companion, a Sancho Panza sidekick that questions his master’s leadership,” writes Linnell.

For all TMBG’s career-long consistency, however, the surfeit of whim and creativity that has resulted in two albums in quick succession is reminiscent of the mid-1980s, when the Johns were so prolific they recorded a new song daily onto an answering machine. It sparked an underground phenomenon known as Dial-a-Song.

Linnell is cautious about drawing parallels between now and then, though.

“We tend to be so close to the project when we’re working on it that we don’t enjoy that kind of perspective. As long as we’re not accused of being stuck spinning our wheels in 1988, we’ll assume you mean we’ve retained our youthful vigor.”