There’s no shock left to BioShock 2

First times are special. First kiss, first hearing of a song, first taste of a certain food — they’re special because the second time around, they might not be so good. The kiss turns out to be attached to a moron, soon everyone else is listening to the same song, and the food gets cold.

The first time I saw the undersea city of Rapture, it was spectacular. The plate-glass windows were cracking under pressure and the residents had turned into crazed drug addicts. The decaying art deco design and claustrophobic atmosphere made 2007’s BioShock an unforgettable first-person shooter, and I was anxious to return for this year’s sequel.

Unfortunately, BioShock 2 is about as inspired as its name. Once again I find myself in the creaking and leaking city of Rapture, once again fighting the same schizoid citizens and wandering through the same vintage Americana halls where the restrooms read “Gents” and “Dames.”

In the first game, I was a human explorer trying to survive. This time, I’ve been cast as one of the original game’s scariest sights — the hulking dive-suited monstrosities known as “Big Daddies.” Much of the first game’s tension came from encountering those groaning behemoths in the close confines of the pressurized city. But now that I’ve been transformed into one of them, BioShock 2’s biggest encounters play out merely as battles among beasts.

The first time through Rapture, I felt like I needed the city’s handy-dandy genetic modifications in order to survive. Now I grab them and inject them like so many videogame power-ups, wondering why my creators didn’t imbue me with their powers while they were grafting an industrial drill onto my arm.

Mystery, which kept me peering through windows and digging through debris in the first game, has given way to a standard run-and-gun experience. This time in Rapture, I don’t expect to find a surprise around any corner. I just keep checking because, hey, there’s a first time for everything.

THE GOOD: BioShock 2 is designed with the venerable Unreal Engine — a game system that maximizes visual effects like colored lights and architectural filigrees. As a result, the art deco designs and murky underwater effects are beautiful to behold, perfectly evoking a vintage utopia sunk on the ocean floor.

THE BAD: For a first-person shooter, combat is sloppy. Much of this is due to the fuzzy-aiming that has always plagued the Unreal Engine — headshots hit when they’re aimed wide of a target’s head, while other dead-on shots don’t even reach their target. But even melee combat is messed up this time. I punch characters and they suddenly shift out of my field of vision, and I’m sometimes unable to hit a target in front of me even though my reach normally seems to extend for a good six or seven feet. Even the game’s weapon combos aren’t as synchronized as they should be. The early, useful feature of being able to immobilize my foes with electric shocks is nullified by several weapons — like basic guns and my power drill — snapping them back to perfect consciousness at first contact.

THE BOTTOM LINE: There’s no shock left to BioShock 2. 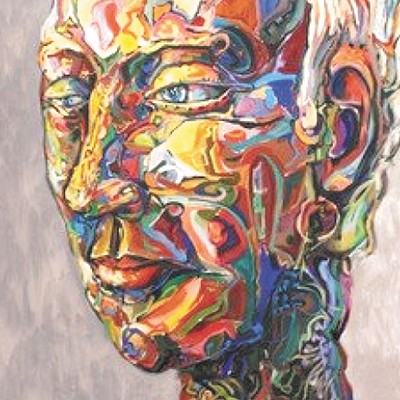