When it comes to his outrageous career, rapper Riff Raff knows exactly what he's doing 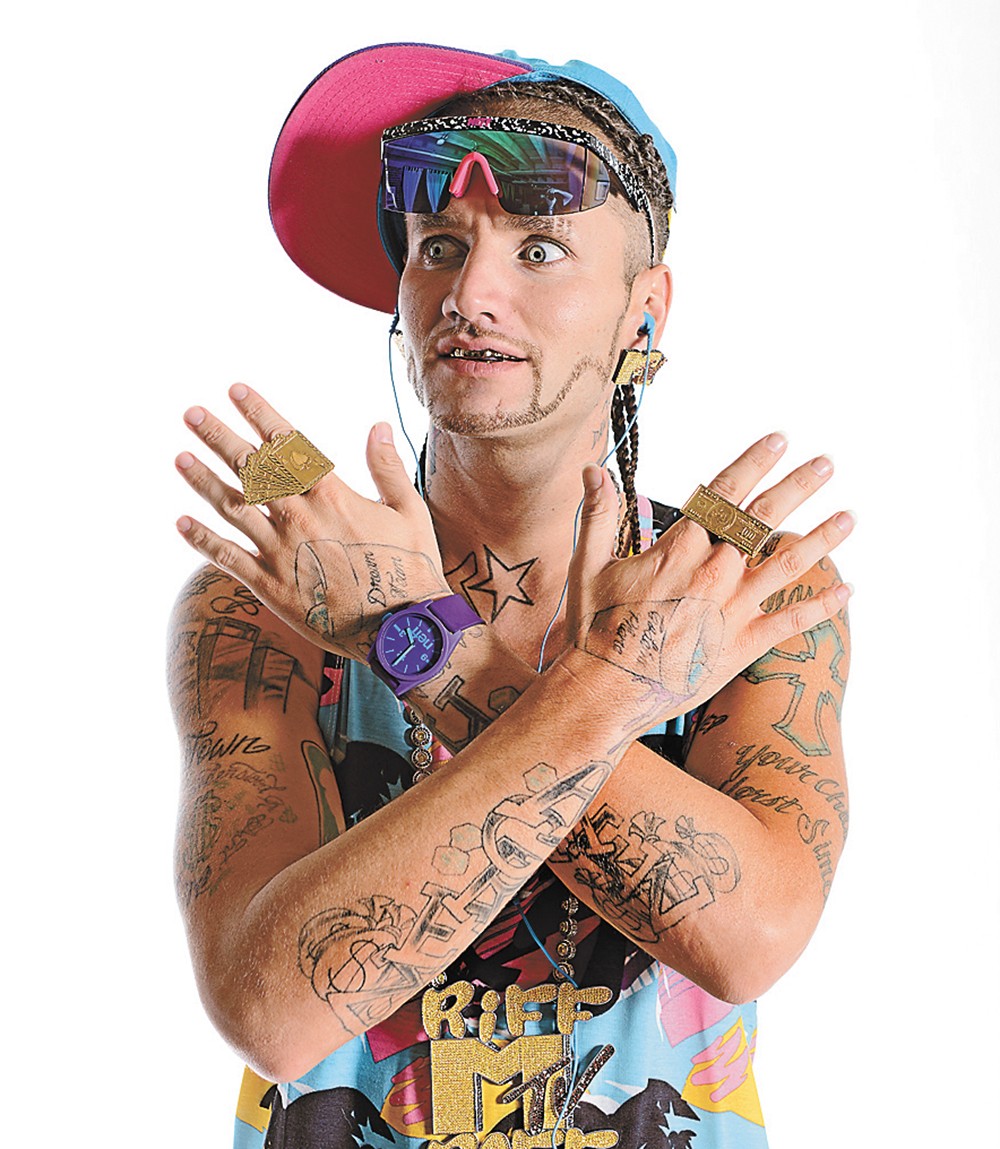 If ever there was a riddle

wrapped in a mystery inside an enigma, Riff Raff is it.

The world first came to know the Houston-born rapper (given name: Horst Simco) as a 2009 contestant on MTV's From G's to Gents, a reality show in which young men attempt to smooth out their rough edges.

Riff Raff, aka Jody Highroller, was eliminated in the second episode, but he made an impression with his cornrows, intricately shaped facial hair, colorful clothing, grill, tattoos and nonsensical statements pronounced in a thick, Southern drawl.

Example: "If you ain't original, then you just start looking like you're eating casserole dinners with a bow tie on, watching reruns of M*A*S*H."

Yes, it made for good TV, but at the heart of that statement was Riff Raff's game plan: Be original, be memorable, be successful and keep 'em guessing.

With that mentality, Riff Raff took his 15 minutes of fame and made them last much longer; his career is as carefully crafted as his persona.

His appearance on the show led to collaborations with actor/comedians Simon Rex and Andy Milonakis as a member of Three Loco, a collaboration with hip-hop heavy-hitter Action Bronson ("Bird on a Wire"), the release of various singles and mixtapes, and a contract with producer Diplo's Mad Decent record label.

His debut album, Neon Icon, was released in 2014 and managed to reach No. 22 on the Billboard 200. His latest record (and, in a way, character) Peach Panther, is out Friday.

Much of Riff Raff's music centers around his party-heavy lifestyle (he sells foam cups, neon tank tops, emoji-emblazoned leggings, marijuana paraphernalia and even a bow tie in his online store), though it's not without out-of-left-field references, including rhyming "Harry Houdini" with "Versace jet ski" in "4 Million" off Peach Panther.

Outside of music, Riff Raff has pursued acting, including a guest spot on soap opera One Life to Live as "Jamie Franko" (he sued actor James Franco after Franco allegedly used Riff Raff as inspiration for his Spring Breakers character, Alien, without permission) and is training to become a WWE wrestler. Potential wrestler names include Peach Panther, Neon Python and Mr. Lamborghini Leg Lock.

It's all part of his plan.

In one of his last scenes on From G's to Gents, Riff Raff tells the world, "This ain't the last you've heard of me."

He made good on his promise then, and he knows what to do to keep it that way. ♦