It's past time we honored the jazz phenomenon from Spokane who's not named Bing. 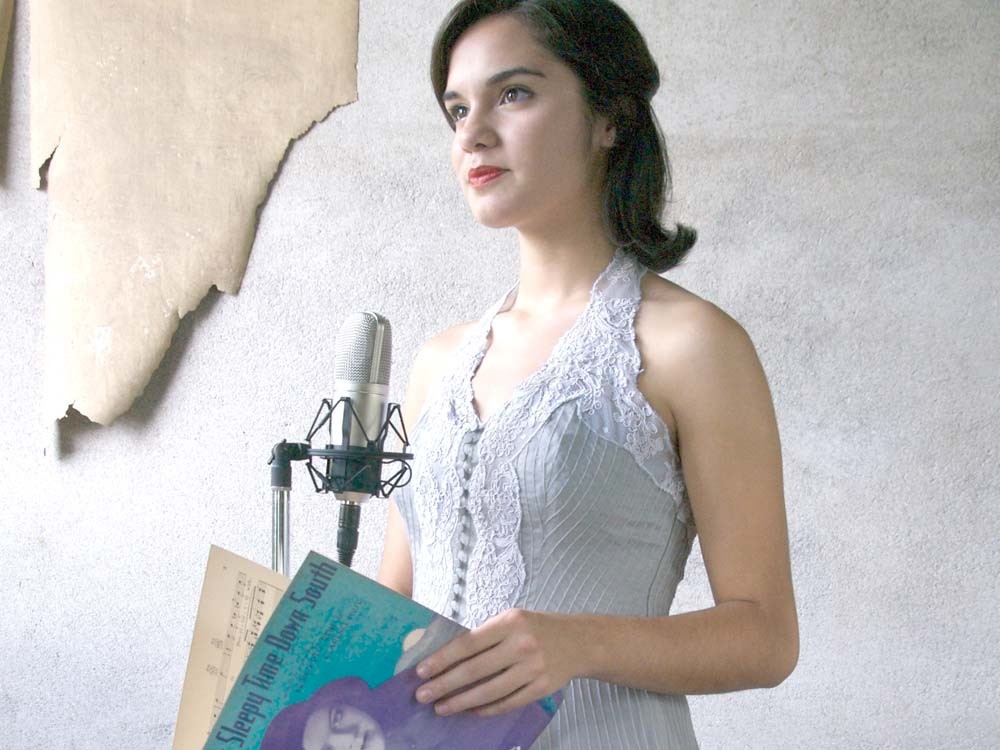 When Bing Crosby looked back on his meteoric rise to becoming America’s most popular singer, in his autobiography Call Me Lucky, he recalled, “I was lucky in knowing the great jazz and blues singer Mildred Bailey so early in life. She made records which are still vocal classics and she taught me much about singing and interpreting popular songs.”

Bailey, who was born in Tekoa on Feb. 16, 1900, spent her early years on her family’s reservation land near DeSmet, Idaho.

Crosby’s youth in Spokane had included a stint as a singing drummer with Mildred’s younger brother, Al Rinker, in a high school jazz band, and spending time at the Rinker home, where their mother, Josephine, a Coeur d’Alene tribal member, sang and played a mean honky-tonk piano. Crosby recalled how Mildred always seemed to be spinning the latest jazz recording out of Chicago, when she wasn’t making a name for herself singing at a local club called Charlie Dale’s.

Mildred hit the road for Seattle while in her teens and landed a job at a Woolworth’s store, playing the piano and singing popular songs from sheet music that was on sale. Mildred later headed for Los Angeles, with Al and Bing hot on her heels.

Mildred’s connections landed the boys a paying gig with the vaudeville circuit up and down the West Coast. Meanwhile, Mildred became America’s first female big band singer, launching a career that would introduce one great pop standard after another to pop culture between the late 1920s through the middle 1940s.

Mildred’s rendition of Hoagy Carmichael’s “Rocking Chair” became her signature ballad, and she and her third husband, Red Norvo, were known as “Mr. and Mrs. Swing,” playing to standing-room-only crowds in New York, Chicago and Los Angeles. In 1944, Time magazine reviewed her show at the Café Society in New York, calling her “just about the greatest songbird in the U.S.”

Mildred’s groundbreaking achievement opened the door of opportunity for later jazz greats, including Billie Holiday, Ella Fitzgerald and Mary Lou Williams. Some of the most accomplished artists of the swing era recorded with Mildred, including Benny Goodman, Coleman Hawkins, the Dorsey Brothers and Artie Shaw.

Jazz historian Richard Sudhaller wrote in his book Lost Chords that, “Mildred Bailey’s musicianship and musical taste were beyond question. Of all the singers working in the 1930s, few could even approach the balance of phrasing, rhythm, intonation and overall musical intelligence she brought to each performance, however modest the song.”

Mildred’s own take on the power of lyrics was articulated in a 1946 interview in Band Leader magazine, where she said, “Sing it — and mean it. The audience can always tell. Sing from your heart to the hearts of your listeners, and give them a little variety, too. Nobody wants to weep all the time, but nobody wants to laugh always, either.”

The pop singer Linda Ronstadt took Mildred’s advice and style to heart when her own career seemed to have stalled. After immersing herself in Mildred’s work, Ronstadt produced the ballad “‘Blue Bayou” and topped the charts once again.

But like too many of the “songbirds” and other female vocalists of her generation and later, Mildred lived hard and died too young. Think Billie Holiday, Dinah Washington, Janis Joplin, to name a few. In life, Mildred never received the recognition she deserved, and in death she has been largely forgotten.

After falling ill during a nightclub engagement in Detroit, Mildred died in Poughkeepsie, New York, on Dec. 12, 1951. Her will directed that brother Al Rinker receive “my rosewood Steinway concert grand piano” and requested that “my ashes [be] thrown to the four winds.” News of her passing was buried on page 42 of the newspaper in Spokane.

At long last, in 1994, Mildred Bailey’s historic contribution to jazz was recognized through the issuance of a U.S. Postal Service stamp. And this April, the Smithsonian Institution’s annual Jazz Appreciation Month highlights the too-often-ignored role of women in jazz.

Here in the town where her career began, we should honor the women of jazz, then and now, and the girl from Spokane who started it all.

Here’s to you, Mildred.

Spokane native Julia Keefe is currently majoring in vocal jazz performance at the Frost School of Music at the University of Miami-Florida. Her show, “Thoroughly Modern: Mildred Bailey Songs,” was performed at the Smithsonian Museum of the American Indian in Washington, D.C., during Jazz Appreciation Month in 2009.

There are jazz concerts scheduled throughout April, which is Jazz Appreciation Month. These are just a few. For a complete listing of all related events, visit www.hnmc.org