The future of North Monroe Street is being hotly debated, but cool things are already happening along the strip 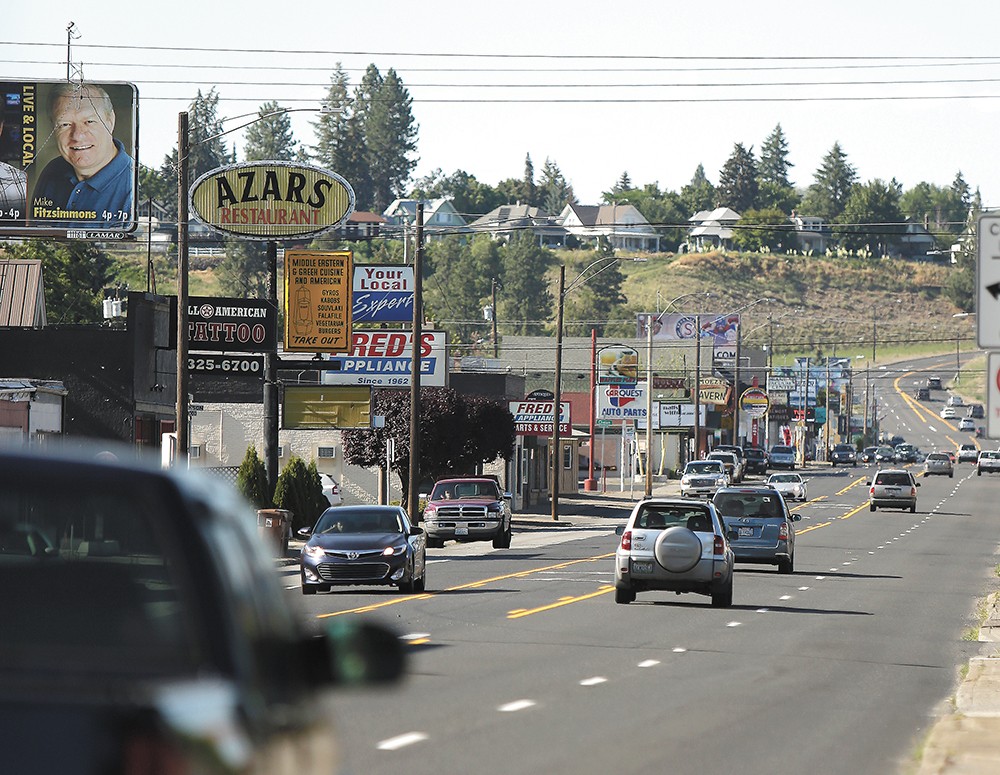 Five lanes wide, with only a single stoplight over the course of more than a mile, the North Monroe Street corridor plunges down the hill at Garland Avenue, past a jumble of more than 70 years of development — of rises and falls and abandonment and reinvestment.

Commuters speed past auto-parts dealers, fast-food joints, a waffle house, an international grocer, a plasma bank and vacancies with cracked signs advertising urban decay. They drive past a hip new coffee roaster, then an antique shop old enough to be an antique itself, then the bar that's been open since the 1940s in a building that's stood for 117 years. They zoom past Dan's Barber & Styling Salon — the barbershop at the bottom of the hill with the giant scissors jutting into the air — which opened in 1957. Seconds later, they roll past Brickyard Barbershop, with its taxidermied bison head and beer fridge, which opened in 2016.

Yet the question isn't about where Monroe Street has been. The question is where it's going. And on that question, North Monroe Street is divided along generational and philosophical lines that have sometimes exploded into profane tirades and furious emails.

Drivers can see that too, on the red "Say NO to Monroe Street project" signs posted on buildings, stuck into the ground and stretched across a giant billboard at the bottom of the hill.

Two grants, worth $4.1 million, are set to transform the corridor with crosswalks, street lighting, transit shelters, trees, wider sidewalks, more room to park and — most controversially — a reduction from five traffic lanes to three. Some parts of North Monroe street are eagerly awaiting the street's wholesale transformation, while others are fighting like hell to stop it.

The city spent the past month gauging public opinion and floating potential compromises. But with neighbors and businesses staking out positions a full five lanes apart, agreement looks elusive.

The dramatic overhaul of the 1.12-mile stretch of North Monroe Street between Kiernan and Indiana Avenues has plenty of supporters. The Emerson-Garfield neighborhood, tired of reading horror stories about pedestrian deaths on their street, embedded the lane reduction in their neighborhood plan.

E.J. Iannelli, a member of the Emerson-Garfield Neighborhood Council, recalls watching as a passing car tore off the car door of a handicapped woman trying to exit her vehicle from the narrow parking space outside Tossed and Found on Monroe Street.

Along the targeted stretch, newer, younger businesses — like Brickyard and Vessel Coffee Roasters — see the project as a way to imbue the area with a new vitality, attracting new businesses to long-empty properties.

Dave Musser has been part of the neighborhood for 11 years. He notes that before he co-founded Bellwether Brewing at 2019 N. Monroe in late 2015, the building there, an abandoned mechanic's shop, had been vacant for a decade.

Skippers Restaurant owner Gary Jarvis, however, aligns with businesses like Azar's, Zip's, Waffles Plus and the Moezy Inn Tavern, many of which have been on Monroe for decades.

"If you've only been in business two months, what stake do you have on Monroe Street?" argues Jarvis, who has stretched a "NO to Monroe Street Project" banner over the sign advertising Skippers' Fish and Clam Basket deal.

Jarvis worries that businesses may not survive a construction season, and that reduced traffic volume from commuters will take their toll on sales. He predicts that freight deliveries, emergency vehicles and bus stops could wreak havoc with traffic. For that matter, he doesn't believe that Monroe is unsafe.

"We just want to save Monroe," says Jarvis. "Monroe is not broken."

But now, facing intense opposition from Jarvis' group, the city has spent the past month trying to assess just how many people are on each side of the project.

"We want to know, once and for all, what do people really think?" Feist says.

Jarvis believes the people are largely on his side. He contrasts the "thousands" of customers who he claims come into his restaurant opposed to the project with what he says are the "the small, small group of people who are for the project."

However, when the city conducted a nonscientific SurveyMonkey online poll of more than 600 Spokane residents, including commuters and Monroe residents, it found that two-thirds of respondents believed the project achieved a strong balance between safety, business vitality and neighborhood livability. (Jarvis doesn't believe the survey is reliable.)

Now, Feist says, the city is redoing Monroe Street traffic counts and is attempting to contact every business and property owner along the corridor regarding their views on the project. The city has even suggested spending anywhere from $300,000 to $500,000 striping the lanes as a trial run for the lane reduction.

"You'd get all of the doom and gloom that everybody is predicting without the benefits," Iannelli says. You'd drop a lane, he says, but wouldn't get wider sidewalks, street trees or any of the other desirable features of the proposed project.

"We oppose spending $500,000 of taxpayers' money to test out the project," he says. Even if the city tests out the new lane configuration and none of his dire predictions come to pass, Jarvis says the opposition group won't change its mind.

Eventually, Feist says, the city council will likely have a chance to vote on whether the North Monroe project will proceed.

City Councilwoman Karen Stratton agrees with the neighborhood that the stretch of Monroe is not safe, but sympathizes with business concerns about their livelihoods.

She says there's not a clean answer.

"If the city decides to say, 'Let's just not do this,' then you've got angry neighbors. The chances of them utilizing the businesses on Monroe might fade," Stratton says. "That's when it hits me that nobody is really going to win." ♦

New Kid on the Block 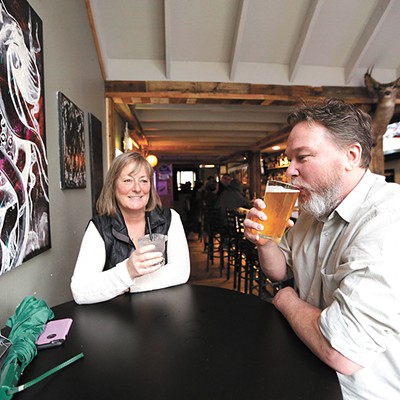