Small town gay America, satirical tweets (or are they?) and Lil Yachty's return 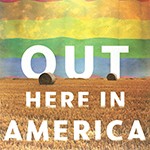 PODCAST | The social media editor for the Sun Herald newspaper in Biloxi, Mississippi, hosts OUT HERE IN AMERICA, a podcast about being queer in small, rural towns in the Deep South. Justin Mitchell gained both fame and infamy in the state last year after publishing a column — titled "I'm young, I'm gay and in Mississippi I'll stay" — to protest the Mississippi Legislature's anti-same-sex-marriage House Bill 1523. Beginning the show with a warm "Hey y'all," Mitchell uses specifically local, individual stories, like one from a Pulse nightclub shooting survivor in episode one, to bring into focus the challenges that LGBTQ people face in a world where the ink is still drying on their legal protections.

ALBUM | As one of the most criticized rappers currently on the scene, Lil Yachty is not even remotely fazed. The 19-year-old artist's debut album TEENAGE EMOTIONS was released on May 26 and has reached No. 5 on the Billboard charts. He has successfully broken the mold of a one-hit wonder, establishing himself as a pillar of the Atlanta trap wave scene. The album mishmashes slow-paced, optimistic, almost tropical songs like "Better" with aggressive, more traditional trap bangers like "Peek a Boo." Whether Lil Yachty is redefining the boundaries of hip-hop or is merely the pioneer of a quickly fading fad, his album is worth a listen.

TWITTER | Not surprisingly, social media has entered the First Amendment arena with President Trump in office. Some challenge the constitutionality of elected officials — like the President — blocking them, while others claim that Twitter activity by politicians should be a matter of public record. @RealPressSecBot capitalizes on both issues in Twitter's foggy constitutional realm, automatically posting Trump's tweets as official releases issued by the Office of the Press Secretary. Seeing Trumpian tweets like "Ivanka on FOX & Friends now!" and "Despite so many false statements and lies, total and complete vindication... and WOW, Comey is a leaker!" treated equally as official communication is funny, but it also provokes questions about social media's role in this highly charged political era. ♦