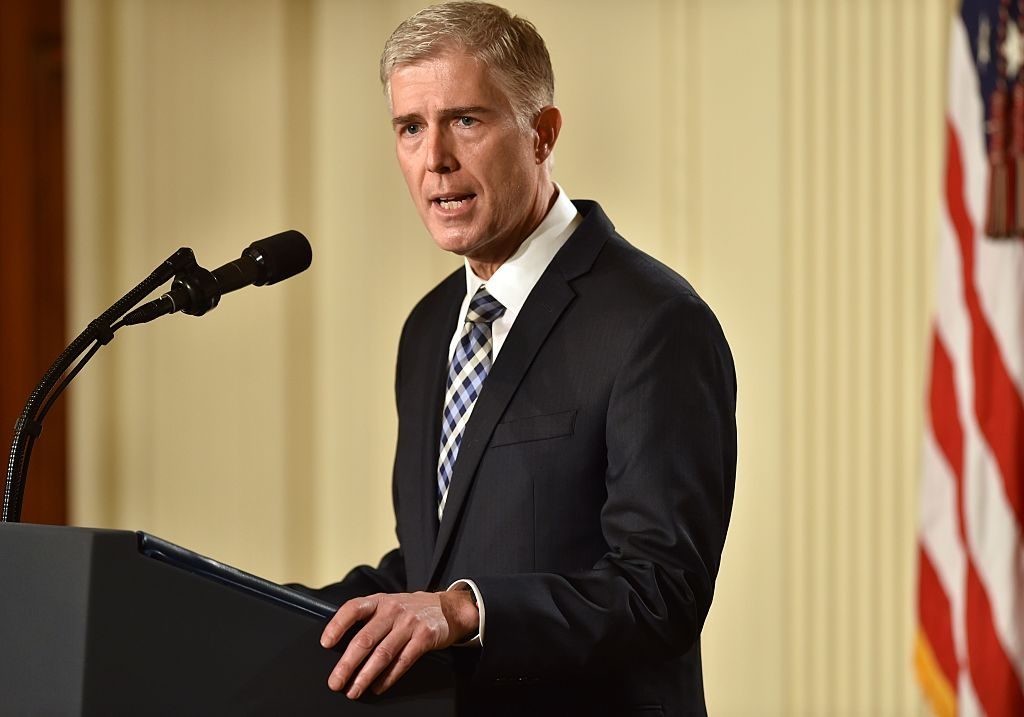 WHAT DID I MISS?

I had to read ol' George's column twice to make sure I hadn't missed something. I hadn't, but he sure did. I guess Mitch McConnell stonewalling President Obama's Supreme Court nominee just never really happened. Now the Dems are supposed to just line up and behave, or, as our new president would probably put it, "just bend over and like it." And he shakes his finger at the left for being "poor sports" and to school them on what "constitutional duty" means? Really?!? Makes you wonder where he's been for the last eight years. One question for you, George. Just what is the color of the sky in your world?

Former Republican U.S. Congressman George Nethercutt has some nerve, lecturing Democrats about "good sportsmanship" in his column about Trump's Supreme Court and Cabinet nominees (2/9/17), even as he engages in major league deception and intellectual dishonesty. Insofar as he is the GOP brand himself, he's also guilty of rank hypocrisy as well.

First unsportsmanlike fib involves the claim that Democrats planning to oppose SCOTUS nominee Neil Gorsuch are doing so "just because he's a Trump pick." Clearly, George is trying to hoodwink readers who know less about recent Supreme Court politics than he does, in order to make the GOP seem like the fair and reasonable party. In fact, opposition to Gorsuch is a reasonable response to the fact that this same Mitch McConnell-led Senate blocked Obama's nominee Merrick Garland for almost a quarter of Obama's second term. Whether Gorsuch is within the mainstream of American jurisprudence remains to be seen, pending actual confirmation hearings, which Garland was never permitted to have.

Second instance of George's dishonesty — or bad sportsmanship, as he calls it — has to do with why GOP senators from Alaska and Maine opposed Trump's anti-public-schools education secretary nominee Betsy DeVos. Not because they were scared of the big, bad teachers unions, as George claims, but because these two rural, largely poor, mostly white states have not created parallel private religious school systems into which white students can secede, as in the Deep South and elsewhere. Unlike his namesake, this George can tell a lie.

WE WILL NOT BE COWED

So, Mr. George Nethercutt, Senate Democrats should accept Gorsuch or they are "poor sports." Do you mean they are behaving like the "poor sport" Republicans who refused to even give Judge Merrick Garland a hearing simply because he was nominated by a president they detested? Article II, section 2 of our Constitution states "The President shall nominate, and by and with the advice and consent of the Senate, shall appoint judges of the Supreme Court," and the Republican Senate failed in their duty. You stated "elected officers raise their right hand and swear on their oath of office to preserve and protect the Constitution." Your crowd, sir, failed in that duty!

So no, we will not be cowed by your slur of "poor sportsmanship." We all remember how Republicans met the very night President Obama was elected in November of 2008 in a D.C. restaurant and planned to obstruct everything he planned. Republicans taught us well and now the proverbial shoe is on the other foot. Be prepared for a fight. All of you deserve it in full measure!

Seasons of Change: Contemplating the forces of nature