Whether you started getting into vinyl during the pandemic or simply made extra room on your already-packed shelves, the 2021 edition of Record Store Day, an annual event that fills vinyl bins everywhere with exclusive limited editions, will be something of a godsend.

This year's event is being structured into two phases — the first batch of new releases will drop this weekend, on June 12, and the second on July 17. So we've sorted through the list of June releases and picked our favorites, the LP sets and collectors' singles that we'll be looking for this weekend.

Killed in a 1973 plane crash just as his career was picking up steam, Jim Croce still doesn't get enough credit as the brilliant, witty songwriter he was. I'm a huge fan of his relatively small output, and one of the Record Store Day exclusives I want for my own collection is a re-pressing of Croce's '72 debut single, "You Don't Mess Around with Jim," a bouncy story-song about a cocky pool hall bully whose bark, it turns out, is worse than his bite (later that same year, Croce would follow the same narrative formula to greater success in "Bad, Bad Leroy Brown"). Along with that single's original B-side "Photographs and Memories," the seven-inch also includes the Croce classics "Operator (That's Not the Way It Feels)" and "New York's Not My Home." (NATHAN WEINBENDER)

Echo and the Bunnymen
Live in Liverpool

While I always enjoyed the songs of Ian McCulloch and Will Sergeant, it's only in the past few years that I've become fanatical in my love for Echo and the Bunnymen. Something about McCulloch's enigmatic lead vocals and Sergeant's chiming guitars finally hit the sweet spot as I muddled into my 40s, and I've revisited a bunch of their albums while ruing the fact I've never seen the band live. Thankfully, they have several live releases, and one of the best is getting the special vinyl treatment for Record Store Day. Recorded in 2001 at the Paul McCartney co-founded Liverpool Institute for Performing Arts, Live in Liverpool includes 17 songs of shimmering pop-rock magic, including semi-hits like "Lips Like Sugar," "The Killing Moon" and "The Cutter." This marks the show's debut on vinyl. (DAN NAILEN)

1999's The Soft Bulletin represented the Flaming Lips' final transition from hard rock to swirling psychedelia, and many acolytes have called it the band's magnum opus. The Soft Bulletin Companion, meanwhile, was a collection of B-sides and outtakes from those sessions, as well as alternate arrangements of tracks from their four-disc interactive art piece Zaireeka. Released as a limited edition bootleg CD more than 20 years ago and widely circulated among fans, Companion is now getting its first official physical release (albeit still in a limited-edition run), reissued as a double LP set pressed on silver-colored vinyl. (NW)

One of the few musical highlights of the pandemic for me was watching a live show by Fontaines D.C. as they "opened" for a screening of U2's legendary Red Rocks concert from the early '80s. These young Irishmen set up in an old Dublin prison last summer to record a show for Irish TV and sounded brilliant delivering songs from their two albums to date. Songs like "A Hero's Death" from their 2020 album of the same name and "Sha Sha Sha" from their 2019 breakthrough album, Dogrel, are among the highlights of this 10-song set delivered on 180g vinyl. (DN)

Al Green
Give Me More Love 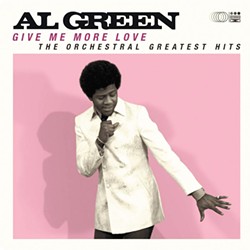 Honestly, whose record collection couldn't use more Al Green? This RSD collection has a similar track listing to Green's iconic 1975 greatest hits collection — you know, the one where he's shirtless and pointing right at you — including undeniable classics like "Let's Stay Together," "Tired of Being Alone" and "I'm Still in Love with You." The big difference here is that this particular compilation features orchestral arrangements, breathing a new (and decidedly different) life into these R&B mainstays. It's like when major artists come to town and perform their hits with the backing of the symphony, except it's coming out of your living room speakers. (NW)

I'd argue that L7 was criminally underappreciated during the band's '90s heyday, despite having some MTV hits and playing the main stage of Lollapalooza alongside Beastie Boys and Smashing Pumpkins. The Beauty Process: Triple Platinum was the beginning of the end of their semi-popularity, but the album is worth revisiting. All the metallic crunch of earlier records is here, along with some new pop grooves on songs like "Drama." This is the first time the album is available on vinyl — and that vinyl is colored platinum, of course. (DN) 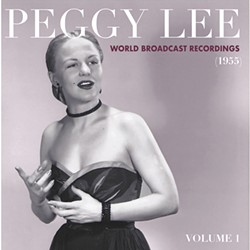 In 1955, vocalist Peggy Lee recorded nearly 50 jazz standards and contemporary pop hits that were provided to radio stations to play during otherwise dead airtime. Known as "transcription recordings," they were seen mostly as disposable time filler that wasn't part of Lee's official discography, but thankfully they've been preserved and are now readily available. This rare collection features a deep library of greats, from "Georgia on My Mind" to "I Only Have Eyes for You" and "That Old Black Magic," and while they've been released on CD in the past, they're now remastered for vinyl. Hopefully this first volume will lead a new generation to one of the greatest of midcentury voices. (NW) 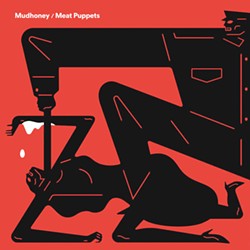 When I was a little kid with a suitcase turntable, seven-inch singles made sense, but I haven't bought many since. Record Store Day is a regular exception, though, as some autographed Superchunk and live Drive-By Truckers' singles have made their way into my collection. This year, two of my favorite bands are sharing a single, with Mudhoney covering "Warning," a tune by Aynsley Dubar Retaliation, and Meat Puppets taking their psychedelic cowpunk to "One of These Days," a song made famous by George Jones. (DN)

Tom Petty and the Heartbreakers
Angel Dream: Songs and Music from the Motion Picture She's the One 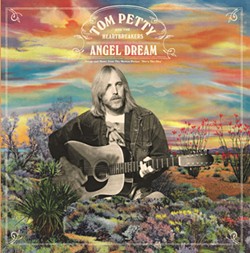 When Tom Petty died in 2017, his soundtrack for Edward Burns' little-seen 1996 rom-com She's the One got a few mentions as a favorite sleeper in his vast catalog. That makes sense, given most of it was recorded at the same time as his massively successful Wildflowers album. This Record Store Day reissue commemorates the soundtrack's 25th anniversary, and includes four newly included songs from those long-ago sessions, along with a new cover. If you've never heard She's the One, it includes some of Petty's best-ever songs, from "Walls (Circus)" to "Change the Locks," and a winning cover of Beck's "Asshole." (DN)

Various artists
Above the Rim: The Soundtrack

The urban drama Above the Rim, about an aspiring basketball star embroiled in his friends' criminal enterprises, didn't exactly burn up the box office when it was released in early 1994. Its soundtrack, on the other hand, made quite the impression, and it is now being issued on vinyl for the first time. The collection came courtesy of producing duo Suge Knight and Dr. Dre and the Interscope label, which had recently acquired the hugely successful hip-hop imprint Death Row, and it's nearly 80 minutes of distinctly early '90s artists — Warren G and Nate Dogg (whose signature song "Regulate" is featured here), Al B. Sure!, SWV and 2Pac, who also starred in Above the Rim. (NW) ♦

The original print version of this article was headlined "Vinyl Days"