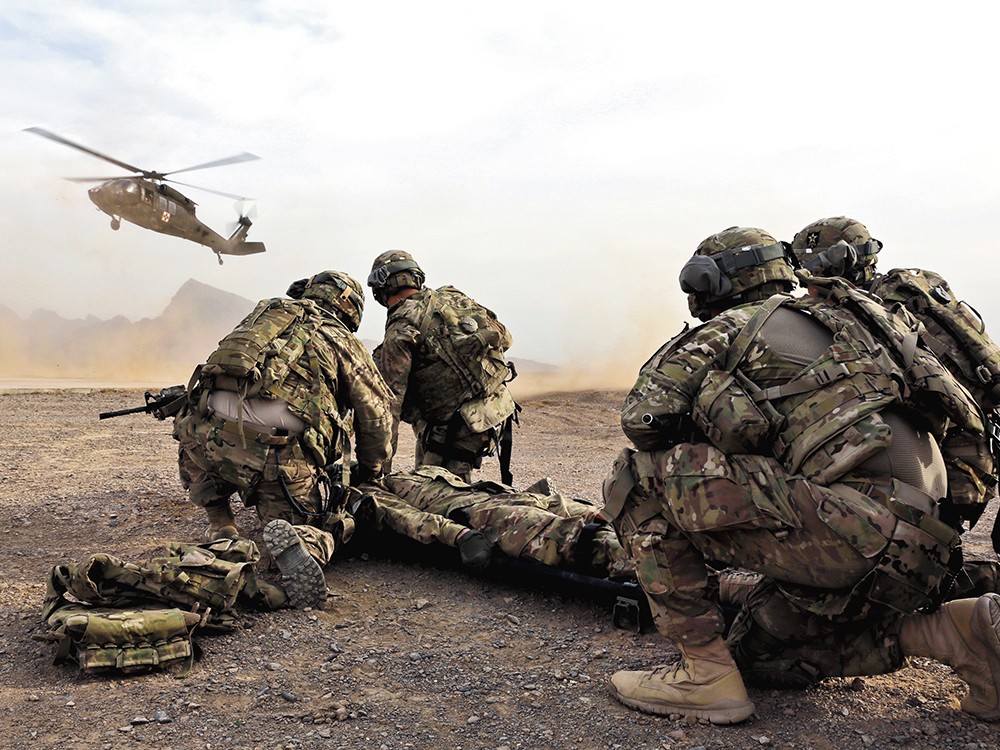 Josh Ives
Soldiers in Afghanistan wait for a Black Hawk medevac helicopter to land before moving a simulated casualty during a training this month.

Major Militza Rivera-Cortes didn’t feel like cooking dinner so she took her 7-year-old daughter, Isabel, out to Chili’s. When the meal was over, she found another diner had covered her tab. “It’s crazy,” she says. “Everyday, people roll down their windows and say, ‘Thank you.’” She isn’t quite sure what to make of it, but is grateful for their respect.

I called Rivera-Cortes for her perspective on last week’s announcement that female soldiers would be allowed in combat. The career soldier says that while civilians might see this as a major change in policy, she looks at it differently. “We’ve always been there,” she says.

In the mid-’90s, Rivera-Cortes and I were 91 Bravos and members of Charlie Company, 25th Forward Support Battalion, First Brigade, 25th Infantry Division. Rivera-Cortes was in ambulance platoon and I was in treatment platoon. Sergeant Monasmith, another female in ambulance platoon, told stories of the first Gulf War, when she crossed into Iraq with the mechanized infantry unit she had been assigned to. Women on the front lines — that’s not new. Women as combat soldiers is an extension of reality, not a sea change.

But who wants to be in the infantry anyway? I’ve met men and women with dreams of Special Forces or Ranger Battalion, but I’ve never known anyone who wanted to be a grunt. Rivera-Cortes isn’t so sure. “I think that back then, when I was young, if the recruiter had said, ‘Hey, do you want to go and do this?’ I would have said, ‘Sure. Why not?’”

Physical training was not fun. We both recall company runs, and not fondly. Six-foot-three, 250-pound Smitty, a male, used to run next to me as we fell farther and farther behind the formation. Our scrawny male squad leader would run back to motivate our supposedly sorry asses with encouraging words like, “You’re going to let that little girl beat you, Smitty? You? Big Smitty?”

Smitty kept his promise. He never served in combat. Neither did I. In 2001 I realized that I could never shoot someone. Ever. For anything. After watching the buildings collapse, the idea of more death made me sick. Those sergeants who used to yell at me and Smitty, saying that we didn’t have heart, that we couldn’t cut it, maybe they were onto something. 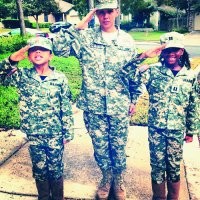 But Rivera-Cortes stayed in the Army, was accepted into the physician’s assistant program and graduated in 2002 as a second lieutenant. Her first duty station was Fort Bragg. She had been assigned to a hospital, but after two weeks she received orders for Iraq and was reassigned to the 18th Airborne Corps, 20th Engineer Brigade, 37th Engineer Battalion. Combat engineers don’t build bridges; they dismantle IEDs. Those guys in Hurt Locker? They were combat engineers. As a physician’s assistant, Rivera-Cortes would put those guys back together. In Iraq, she traveled from place to place and doesn’t remember much action. But by her second deployment, to Afghanistan in 2007, there was, she says succinctly, “trauma, lots of trauma.”

Now she is stationed at Fort Sam Houston and is the major officer in charge of combat medic training. “Remember,” she says, “what you and I went through? Only it’s different now. It’s four months now.” Training used to be 10 weeks. But standards change as missions change. Training now includes a greater emphasis on assault operations — in other words, combat.

I ask Rivera-Cortes if she would, or could, ever fire at someone? She responds without bravado. Her voice is terse and sure as she says, “If I was out there and I had to point my weapon at somebody, I would do it in heartbeat. I wouldn’t have any second thoughts.”

I tell her that this is the reason why people buy her and her daughter dinner. She’s willing to do things that the rest of us won’t do, and we thank her for it the best we can.

Opening up combat roles for women may do more for civilian women than it does for those currently serving. Every woman in this country now has the opportunity (some would say the obligation) to fully participate in both good and bad portions of the American experience. We have achieved the right to equally participate, even if part of that experience is finding out that you may need other people to fight your battles.