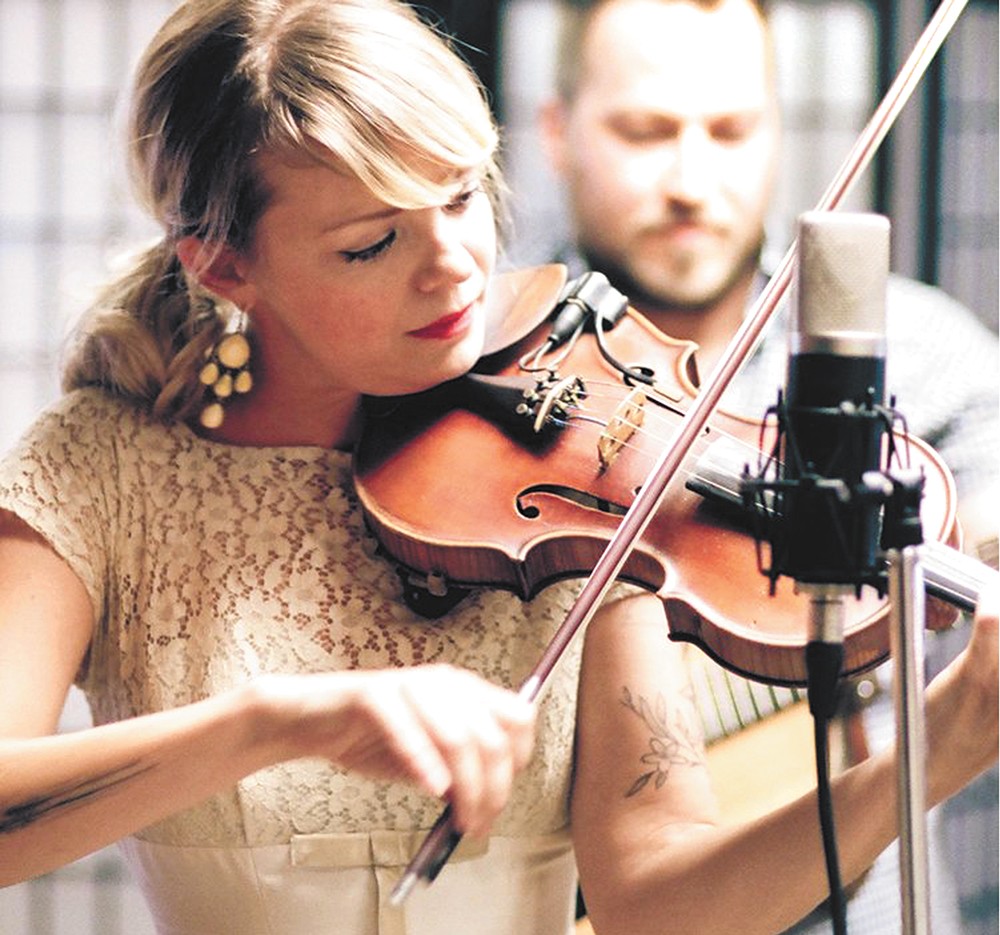 When Colville-raised Jenny Anne Mannan and her brother Luke moved to Nashville,

she was just 18 and leaving her family's hard-touring bluegrass band, the Bullas, behind for a buzzing musical metropolis where the siblings knew few people.

Almost immediately — literally, the first weekend — they found themselves on stage with bluegrass legend and family friend Ricky Skaggs, first on Friday at a club, and then Saturday at the Grand Ole Opry. Just as quickly, Mannan found herself part of a community of songwriters who would meet up at bagel shops and small venues to swap songs, test new material and collaborate on classics.

From that beginning, her brother went on to play in Lyle Lovett's band, while Mannan toured and collaborated with bluegrass and country luminaries like Skaggs, Jim Lauderdale and Paul Overstreet while having her songs recorded by the likes of John Cowan and Sara Watkins (Nickel Creek, Watkins Family Hour). After years playing and writing for herself, she decided to get out of the touring grind and turn to freelance songwriting and occasional one-off performances around the same time she got married and started a family.

That decision led to Mannan and her husband Caleb eventually moving back to Spokane two years ago to raise their four kids. Now, she brings the collaborative spirit she found in Nashville with her for a new series, set to appear monthly at the Bartlett. Northwest of Nashville kicks off Tuesday, and Mannan hopes to capture some of the feeling she had in back in Tennessee when Skaggs called her to the stage that first day.

"That was our introduction to the scene — 'Hey, come on up and play!' — and that was really special," Mannan says. "That's what I hope to bring to this event."

Mannan's role is as the showcase's curator, and what she calls being a "positive instigator" at the shows, where she will host, play some of her own music and accompany as needed.

One thing Mannan has noticed about the regional bluegrass and roots-music scene: While there are talented players like the "amazing community of fiddlers" led by the Ludiker family in Spokane Valley, and "guys with hotshot bands who do Western swing and bluegrass" and some Irish groups, there aren't many venues dedicated to the genre, or many shows beyond the annual Blue Waters Bluegrass Festival each August in Medical Lake.

"There are really vibrant, active pockets of great music that don't really overlap that often," Mannan says. "We always say, 'Hey, let's get together and play,' but it's only, like, once a year that it happens. And when it does, it's in our living rooms and no one gets to see it. So the idea is to kind of have a place that is more centralized, where people overlap more and get to know each other."

Enter the Bartlett, where co-owner Karli Ingersoll had considered bluegrass a natural for the club; as she isn't part of that scene, she didn't know where to turn. She and Mannan met through their mutual friend Kimber Ludiker of Della Mae and came up with Northwest of Nashville in just a couple-minute conversation, Ingersoll says.

"[The Bartlett] is a great listening room," Ingersoll says. "It's hard to do that kind of music in a bar unless it's more the jam style, so it's a great spot for it. It just takes the right person to facilitate the community to come around."

Mannan is happy to fill that role, since most of her time is spent on her kids, save for the occasional trip to play the Telluride Bluegrass Festival or collaborate with friends like Watkins. With this showcase, she can help build a part of the local music community, and do it in a way that's been a part of bluegrass music forever.

"There's an openness and curiosity about being willing to listen to what someone else has to say musically that is unique to that style of music," Mannan says. "There are standards, so it's a little bit like jazz in that way, in that there's a songbook you grow up hearing. You have this common language that everybody speaks, so you can throw together people and they can play." ♦