The best records of 2013, according to the Inlander's music writers 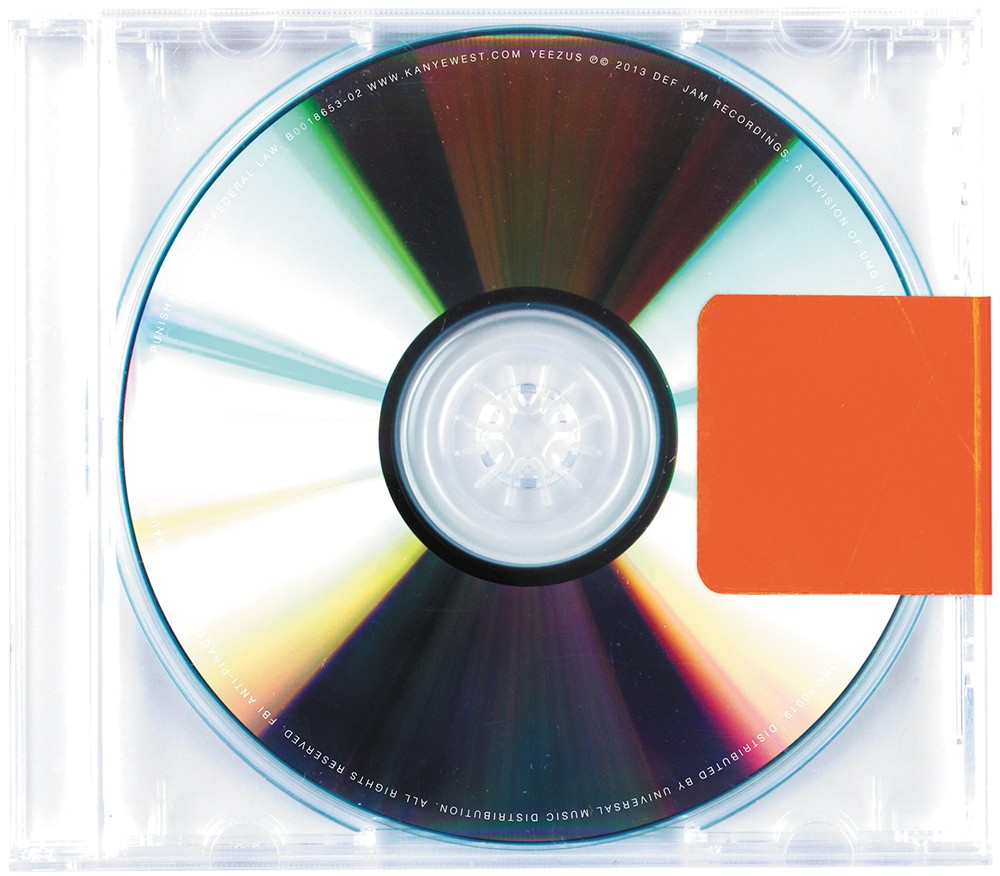 7. The Lonely Island: The Wack Album

4. The Avett Brothers: Magpie and the Dandelion

2. The National: Trouble Will Find Me

He's an asshole, he's misogynistic, he likens himself to a god, he even named his kid North West. Yet Kanye West has some right to his big-headedness: Yeezus is the year's best album, pushing the barriers of hip-hop. So many feelings are accessed when listening to his work: Sweet rage, horror, melancholy, the urge to dance/make out, utter happiness. The lead single "Black Skinhead," with that breathing beat, the chanting, the squawking, is pure genius; this sentiment is continued throughout. It's both terrible (lyrics that express an arrogance unprecedented even by a rapper) and incredible (innovative music, flows that blow your mind) at the same time, just like the man who created it.

9. Wooden Shjips: Back to Land

In all aspects of life, I'd like to think that the braggarts and showmen among us — the bold and brash, the jocks and politicians — will fail. And the thinkers and mediators will come out on top, and make the biggest impact. This year, Dallas' True Widow drove that point home for me. The band carefully constructed a sound that drones and idles like a purring engine. It never revs, never speeds too far ahead. It stops to take in the scenery and revels in a beautiful, almost pastoral sound. True Widow proves with Circumambulation that there are still new paths to be forged in modern music. Even more, they showed that music can be slow and meditative and still be heavy as hell.

6. Neko Case: The Worse Things Get, The Harder I Fight...

5. The Lonely Wild: The Sun as it Comes

I waited until I was in the car to listen to the latest from these French robots, and 10 seconds into the opener, "Give Life Back to Music," I was hooked. I blasted this record for a solid couple of months, only easing up after "Get Lucky" became the sonic wallpaper of the summer. I had to take a break, because it's not even close to one of the best songs on this fine-tuned record. If only "Clink and Clack" (as Stephen Colbert dubbed them) would get back on tour, everything would be right with the world.

3. Colleen Green: Sock It to Me

A deep-seated sense of isolation permeates Lorde's sterling debut LP Pure Heroine. The roots of the seclusion are multifaceted: Growing up in a remote locale (New Zealand), general teenage angst (being an actual teenager) and an element of musical separation. But Lorde's outsider mentality pushes the pop paradigm forward. With layered snaps, claps, and her deep, dramatic voice, Lorde forges a new brand of minimalist electronic pop that, compared to the rest of the radio-friendly landscape, sounds jarringly sparse. But each of Pure Heroine's isolationist anthems outshines any of the overproduced status quo. As she proclaims, "Let 'em talk 'cause we're dancing in this world alone."

2. Neko Case: The Worse Things Get, The Harder I Fight...

Like many of their contemporaries, L.A.'s Haim draw on the music of the '80s for inspiration. But unlike other bands, they recall some of the least-cool artists of the "me" decade, like post-Tusk Fleetwood Mac, Phil Collins and even Wilson Phillips. What could easily come off as an exercise in misguided irony instead emerges as the most genuinely awesome album of the year, due in no small part to excellent songwriting and inspired production. With the charming voice of Danielle Haim out front, the three Haim sisters — who grew up playing in a cover band with their folks — are also excellent players. This debut album is packed with subtle grooves that beg for repeated listens.

I still can't understand a word they're saying (mainly because they're singing in their native Norwegian) and I still don't know what's up with their owl obsession, but boy howdy, can these dudes pen a tune. All the black metal, prog punk and Southern boogie ingredients that went into their debut seem to have been shot outward and upward in a million directions. In the end, everything falls back to Earth in one cohesive whole. Just when you think you've heard it all, throw on a set of cans and you discover that their third guitarist actually is contributing an astonishing share of well-thought-out layers. Amazing stuff.

This year had a fair share of surprise releases from great artists — Beyoncé and Death Grips to name a couple — but the one that was perhaps the biggest shock was also the most welcome. Enter m b v, the first new album in 22 years from seminal shoegaze artists My Bloody Valentine. m b v sees My Bloody Valentine return in full force, with the reverb-washed lullabies of Bilinda Butcher’s voice and the dozens of fuzz pedals that guitarist Kevin Shields somehow makes sound like a warm blanket. The wall of sound in opening track, “She Found Now,” is like a gentle embrace you’ve needed to feel for decades. It’s so great to have them back. ♦