A candidate aims for the geek demographic. Plus, Avista wants more. 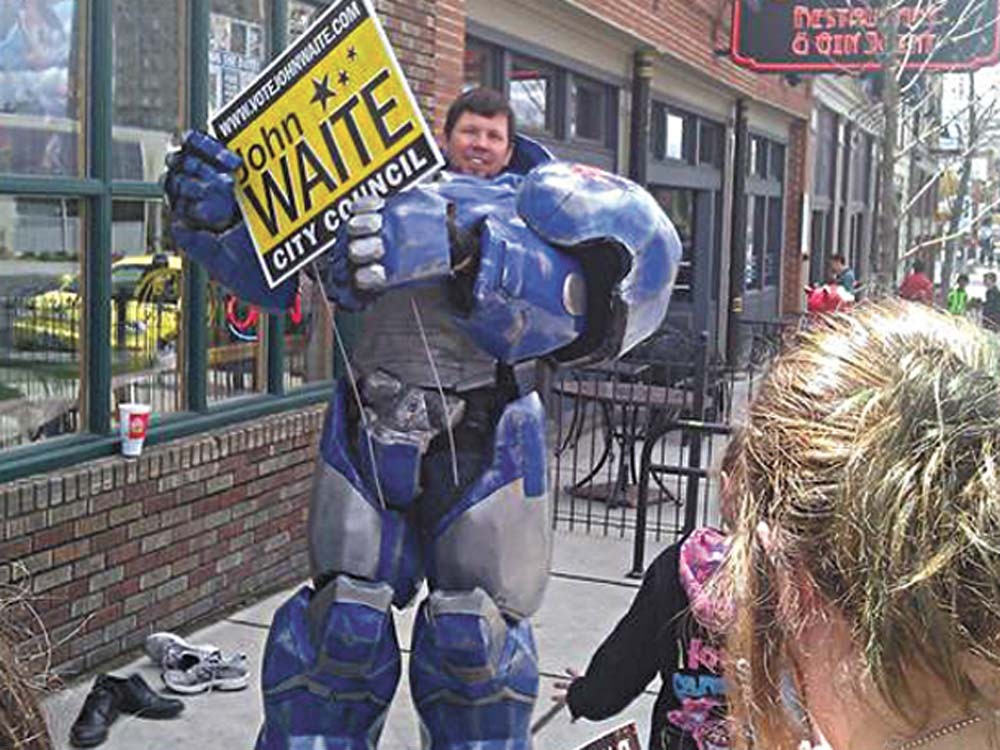 John Waite, a candidate in the upcoming Spokane City Council races, has done what few Spokanites do: make headlines in Seattle.

OK, it was just Seattle Weekly’s blog. But he also made news on G4, icanhascheezburger and the Escapist Magazine, among other outlets.

The news came about when Waite dressed as a character from the videogame StarCraft in honor of Free Comic Book Day, in a suit designed by local gamer/web developer Tony Malcolm. Waite, who owns Merlyn’s comic book shop in downtown Spokane, even came up with a new campaign slogan: “Defeating the Zerg Scourge and Balancing the Budget, Galaxywide.”

Not sure what that means, but Waite will need all the help he can get. His previous political campaigns have always come up short. He recently moved downtown — almost right above his store — and is running in a new district, District 1 in northeast Spokane. (Nicholas Deshais)

Another year, another request for a rate hike from Avista utilities.

From 2006 to 2010, Avista’s general electricity rate went up an average of 6.8 percent. That’s over two and a half times the rate that the consumer price index — a measure of inflation for typical consumer goods — rose during the same period.

But Avista spokeswoman Debbie Simock says such utility increases are typical nationwide. Nationally, the utility infrastructure is aging. Most of Avista’s increase this year will be spent on pouring its money into improving its electrical plants. In previous years, Avista paid for a new natural gas plant and settled litigation with the Coeur d’Alene tribe.

It will be 11 months before we know if Avista gets permission from the Washington Utilities and Transportation Commission.