What our local pols are known for

We voted for them (or enough of our friends and family did). But what do the Inland Northwest's movers or shakers actually move and shake? We've selected a handful of the politicians representing the region and dove into the issues they've fought for the hardest.

REPUTATION: The first mayor in Spokane to be re-elected in 42 years, and by a landslide. But the first half of the year after his re-election was marred by a long-running controversy involving the ousting of his former police chief.

Condon calls it "rolling out the red carpet, not the red tape." Bureaucracy can be a hard beast to budge, but in his first term the mayor received widespread praise for his efforts to streamline the permitting process. Not only did he centralize "customer service" for businesses into a one-stop shop, his team quickly cut the average permit time almost in half, to about 30 days.

REPUTATION: Stuckart is hard-charging when he has a goal in mind, but willing to compromise when he feels it's necessary. Last year, the liberal council president even got the endorsement of the famously conservative Spokane Home Builders Association.

Other local business lobbying groups weren't happy this year when Stuckart pushed through a policy mandating that nearly all businesses offer several days of paid sick leave to their employees. But Stuckart points out that the sick leave mandate was an in-depth, yearlong process that included reaching out to literally hundreds of businesses. 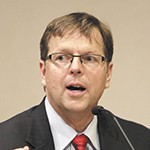 REPUTATION: Ideologically, he's liberal. But instead of staking out a classic liberal position and fighting stubbornly, Beggs will, more likely than not, attempt to find a clever "third way" option in order to satisfy everyone's goals.

Beggs has been an advocate of criminal justice reform for more than a decade. He was instrumental in pushing for an ombudsman to oversee the Spokane Police Department, and has continued to try to figure out a way to give the ombudsman more independent authority. Now, as a way to solve the region's property crime epidemic, he's been pushing a proposal to send fewer offenders to prison, keep more on house arrest, and use the resulting savings to fund treatment.

REPUTATION: She's been widely praised for her responsiveness to her constituents' concerns. Her critics, however, accuse of her holding grudges and retaliating against those who cross her.

Before she was appointed councilwoman, Stratton worked for two mayors. Since then, she's become Condon's most vocal critic regarding what she sees as a whittling away of the city's civil service system. Civil service jobs require passing multiple-choice tests and have union protections from termination. As the mayor has replaced civil service jobs with directly appointed positions exempt from civil service, Stratton has pushed back. In June, for example, she introduced an ordinance to require the mayor to justify the creation of exempt positions.

REPUTATION: The tell-it-like-he-sees-it sheriff has a reputation for spitting fire at anyone who he considers a liar, and anyone who questions his integrity.

More than any other local politician, Knezovich is prone to unleashing invective at extreme elements of his own party. He's delivered his "The Threats We Face: The Myth of Police Militarization" presentation on multiple occasions, taking aim at those on both the left and the right who see the police as a threat. While his presentations have earned critiques from those who say he downplays the impact of military-style police equipment, he looked downright prescient this year when armed right-wing extremists occupied a wildlife refuge in eastern Oregon.

REPUTATION: The tough-as-nails, tough-on-crime prosecutor has shifted Spokane County toward a much more hard-line strategy. That means fewer deals and plea bargains and more cases going to trial.

In a county that's seen its sky-high property crime rate driven by the same people, again and again, Haskell has responded by issuing a mandate to his staff. For most repeat offenders, Haskell's prosecutors take a hard line. They always ask for longer-than-usual sentences. Under Haskell's regime, the policy is clear: Steal more, spend more time behind bars.

REPUTATION: The tenacious French can be a bit of bulldozer when he has a goal in mind. This can be a good thing if you're on his side. Less so if you're standing in his way.

From West Plains' aerospace development to the county's land-use policy, the Republican county commissioner has plenty of signature issues to choose from. But the one he's the most proud of is an unusual one for a Republican: His advocacy for public transit. He won the American Public Transportation Association's 2008 "Outstanding Board Member of the Year" award for his work with the Spokane Transit Authority.

As STA pushes a new tax hike to pay for more transit service, French remains a fervent advocate, arguing that if Spokane wants to stop millennials from leaving, it needs a better bus system.

Baumgartner is quick to lob barbs and bon mots at the Washington State Supreme Court for ordering the Legislature to dump more funding into basic education, but he's been equally passionate about investing more into higher education. Baumgartner was at the forefront of the fight to allow Washington State University to bring Spokane its own medical medical school. He was also instrumental in making Washington state proudly defiant amid the trend of rising education costs: The state didn't just freeze tuition, it decreased it.

REPUTATION: Pretty darn liberal. Murray has been a vocal advocate for issues like abortion rights and equal pay for women.

"Compromise" might be a dirty word among partisans these days. It might even seem impossible. But Murray has shown that it can be done. Two years ago, she sat down with the future Speaker of the House, Rep. Paul Ryan — about as ideologically different from her as they come — and hammered out a budget deal. Last year, she managed another impossibility, working with Republicans to cobble together a replacement to the obsolete "No Child Left Behind" law, handing more control of education policy back to states and local districts.

REPUTATION: The native Puerto Rican has become one of the leaders of the right-wing Freedom Caucus, the bane of both the left and anyone on the right looking for compromise.

Even as the national partisan divide has sharpened, many on the right have quietly been moving away from their "tough on crime" rhetoric and toward a new way of looking at criminal justice. Last year, Labrador joined with Democratic Rep. John Conyers to push a bill promising that serial offenders would still get tough punishment, but would reduce sentences "for those worthy of a second chance."