After many hours in the dark, two critics report on some of the biggest and best titles from the Seattle International Film Festival 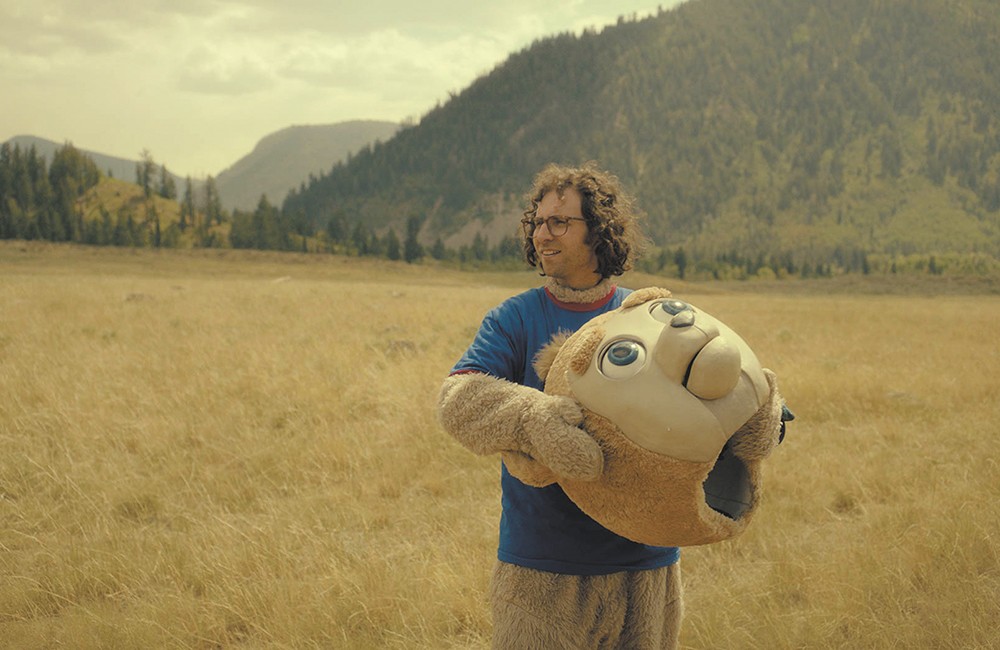 Kyle Mooney is liberated from his underground bunker in the fish-out-of-water comedy Brigsby Bear.

Ben and Anna's marriage is at a breaking point. All they do is bicker, therapy doesn't help, and they won't talk about their real issues. So instead of continually lashing out, they get creative — they start a band and write songs about their fights. Writer/director/star Zoe Lister-Jones and her on-screen hubby Adam Pally deftly blend humor and earnestness in this indie comedy, and their band's songs, which they make with their weirdo drummer neighbor (Fred Armisen), are actually, legitimately good. (SETH SOMMERFELD)

After her car breaks down at one of her wealthy client's homes, a masseuse named Beatriz (Salma Hayek) gets a half-hearted invite to stay for an upscale dinner party. As the alcohol flows, Beatriz's hyper-liberal views begin to clash with the tone-deaf elitism of the rich white guests, especially John Lithgow's boisterous, sexist and racist real estate magnate (sound familiar?). Like the previous collaborations between director Miguel Arteta and writer Mike White (Chuck & Buck, The Good Girl), Beatriz at Dinner plunges into darkness and violence in its final act, and you'll either find its illusory ending to be a jolt or a cop-out. I'm more in the latter camp. (NATHAN WEINBENDER)

If The Big Sick isn't the sleeper comedy hit of the summer, there's something wrong with America. Detailing the atypical romance of comedians Kumail Nanjiani and Emily Gordon (who co-wrote the script), the film finds Kumail (playing himself) proceeding with with his stand-up career and finding love while dealing with the pressures of his traditional Pakistani family. After he courts and ultimately breaks up with Emily (played by Zoe Kazan), she falls into a coma, and a straightforward rom-com suddenly shifts into a sort of rom-com between Kumail and Emily's visiting parents (Ray Romano and Holly Hunter). Delivering heavy doses of hilarity and warm-hearted sincerity, it's a genuine must-see. (SS)

This predictable but amiable fish-out-of-water comedy stars Saturday Night Live's Kyle Mooney as a nerdy dude named James, who has a single obsession: a lo-fi kids' TV program called Brigsby Bear Adventures. Turns out, though, that James was abducted as a baby and raised in an underground bunker, and his beloved show is being written and filmed by his captor (Mark Hamill) for an audience of one. You'll be able to telegraph the plot from space, but James' transition back into the real world develops some genuine pathos by way of Mooney's goofily endearing performance. (NW)

I walked into The Force knowing nothing about it, and I was blindsided by it. This documentary chronicles the inner workings of the Oakland Police Department over the course of two harrowing years, during which its newest chief nearly rehabilitates the agency's troubled public image before resigning in the wake of one PR nightmare after another. Director Peter Nicks' fly-on-the-wall approach is absolutely the right one, allowing him to examine a complex social environment through the eyes of police academy students, veteran officers, local politicians and Black Lives Matter protesters. (NW)

A Ghost Story might be the most crushing and touching drama of 2017. Casey Affleck spends almost all of A Ghost Story as a classic "white sheet with two holes for eyes" ghost. Somehow both those statements are true. When a husband unexpectedly dies, he returns to haunt his home and watch over his grieving wife (a stellar Rooney Mara). But then time passes. Boasting gorgeous cinematography, this is an odd and beautiful cinematic poem about love, loss and eternity from writer-director David Lowery. (SS) 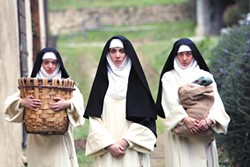 If you see one raunchy, R-rated comedy about a Middle Ages Italian convent based loosely on the 14th-century novella collection The Decameron, make it The Little Hours. Behind the holy veil, the film's trio of nuns (Aubrey Plaza, Alison Brie and Kate Micucci) break all the rules to relieve the tedium of their lives — cursing, assaulting a gardener, experimenting with drugs and secretly trying to bed the newly arriving boy (Dave Franco). The contrast between the docile countryside and the sisters' antics makes for some uproarious blasphemy. (SS)

THE TRIP TO SPAIN

British comedians Steve Coogan and Rob Brydon have now made three Trip movies with director Michael Winterbottom, shaggy, semi-improvised travelogues in which they visit beautiful locations, eat gourmet food, sing along to pop songs on the radio and do a lot of celebrity impersonations. This time the guys are in — you guessed it! — Spain, and in between meals, they're imitating Mick Jagger and waxing philosophical on middle age. Fans of the earlier installments will probably find more to enjoy here, even if it feels like an 85-minute jaunt taffy-pulled to a shambling two hours. (NW) ♦