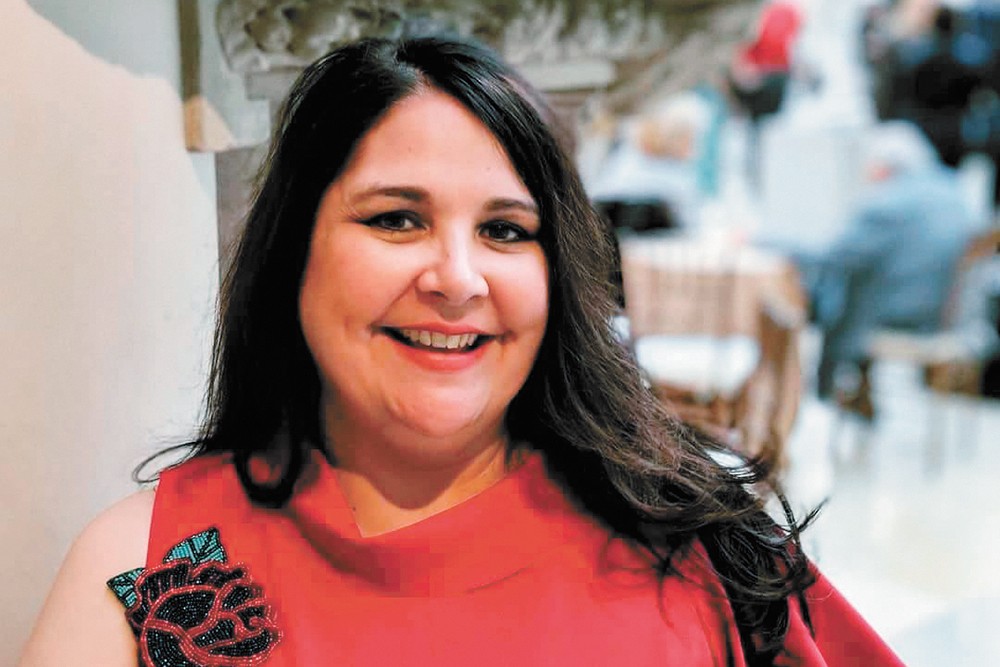 Laurie Arnold is an enrolled member of the Sinixt Band of the Colville Confederated Tribe and joined Gonzaga University in 2013 as inaugural director of its Native American Studies program. During the current 2019-20 school year, however, Arnold is on sabbatical, working on a research project as part of two recently and simultaneously awarded fellowships from the American Council of Learned Societies and Yale University.

Responses have been lightly edited for clarity.

INLANDER: Tell us about the research project you're doing for the two fellowships.

ARNOLD: This project connects 21st century Native American playwrights to 19th century author activists from Native communities. I was inspired to do this project after seeing several recent productions of Native American plays at the Oregon Shakespeare Festival, the [Portland] Artists Repertory Theatre and Portland Center Stage, and seeing how the work that contemporary Native American dramatists have done to interpret Native history is very similar to the way that the 19th century author-activists were doing their own work; performing this cultural activism to correct histories about tribal peoples to help non-Native speakers understand their Native American neighbors better, and to really demonstrate the intellectual and artistic reach of Native stories.

Can you summarize why it's important that researchers like yourself work to uncover and share these lost or untold stories of Native American leaders and writers?

I think that we all deserve to know one another, and for me and for scholars working in Native studies fields there are just so many untold stories. That certainly is true for many American populations as well. But when we examine how the U.S. planned for and anticipated that there would no longer be Native peoples in what is currently the U.S., it becomes more vital to say 'Actually, we're still here and we live here in this way. We do these things.' It's really important for people to have context of places where they live. North America is all Indian Country, and it's really easy to forget that. Wherever you are is Indian land.

Tell us about a time in your career as a historian that was profoundly moving or revealing to you.

You know, there is so much important work happening in Spokane on the [Columbia] Plateau, and there are so many tribal leaders, whether elected or who work for a tribe, or they're just activists working on behalf of their communities. So those are the efforts that stay with me: the language preservation, environmental work, the legal work. People get very excited at public activism and rightly so. I'm glad that it energizes people, like the art that just opened in [downtown Spokane]; the new Native art is very exciting. People get energized by public activism, but it's the day-in and day-out work that people do at desks, writing briefs and filling out forms and negotiating bureaucratic paperwork that make these actions come to fruition, that is what stays with me as being inspiring.

Research is exciting, but it's work done in isolation, so it's important for me to think of all the people that I know at home, at the headquarters of the Colville Tribe sitting at desks and making sure paper for water quality measures is filed. That makes me feel more connected to the work going on throughout Indian Country.

November is Native American Heritage Month. What is one thing you hope that non-Native people can understand or learn about Native culture, now or at any time?

Together with recognizing that all of us live on Indian land, I think the real opportunity for Native American Heritage Month is like the other observance months; to say that for Native people, every day is Native American Heritage Day. These are not presentations or stories that Native people only bring out on these specific dates, but they are stories that we live with all the time and that we work to share all the time.

I'm grateful to be in my position at Gonzaga and to connect with so many communities and students, and to work with colleagues at Gonzaga to enliven our campus engagement with Native histories and lives and contemporary experiences and communities. ♦