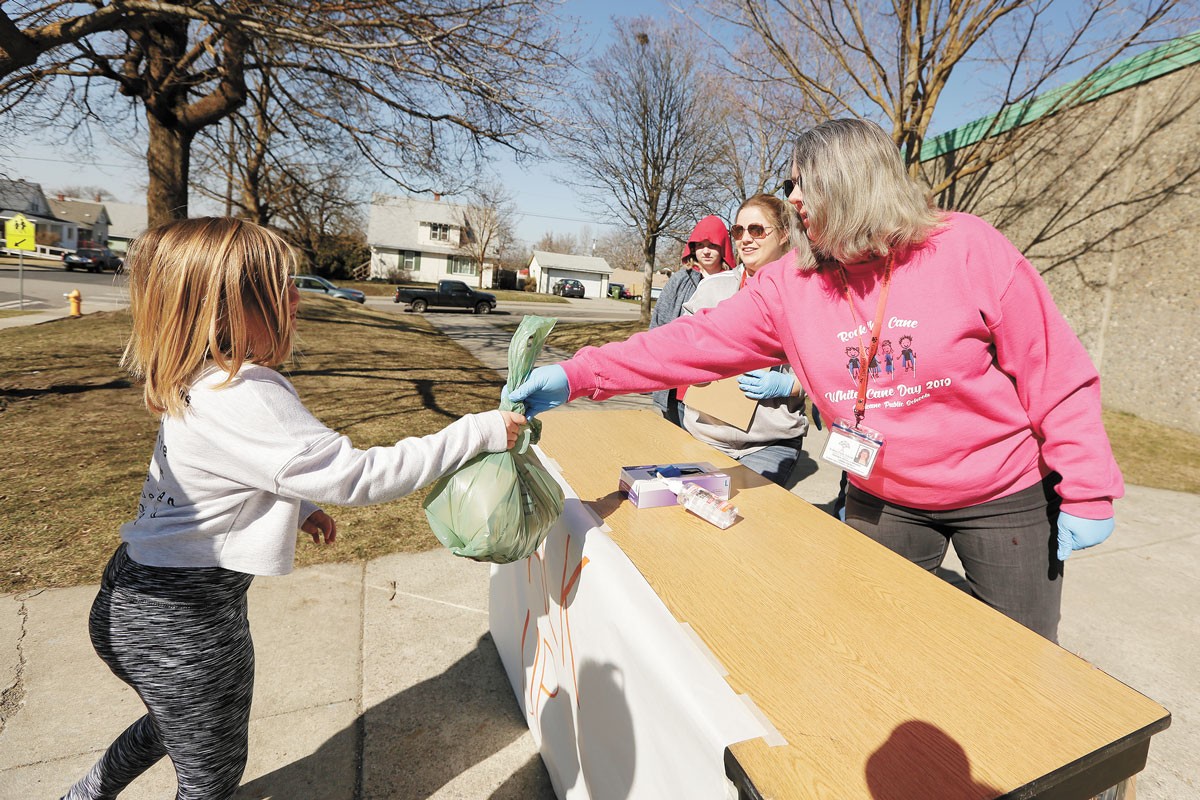 Our kids are in deep trouble.

"We have a child crisis on our hands like we've never seen before in the history of this country," says Chuck Teegarden, director of a local nonprofit.

At Communities In Schools of Spokane County, the organization he runs, he's seen the crisis firsthand.

All the research tells us childhood trauma can mold a kid, shaping them long into their adulthood. Protect a kid, save a future grownup. But today, the coronavirus has both placed incredible stress on children and their families and handcuffed the local nonprofits trying to help them.

"To me it's a perfect storm, and it's something that we have not addressed in society," Teegarden says. "The children are not going to school, and no one else is putting eyes on the children,"

The premise of Communities In Schools is that, as the one central place where children in need gather, schools were perfect staging grounds to offer needy kids crucial social services.

At schools, they could identify what those kids in crisis needed and quickly connect them to the services that help them. For students with toothaches, they brought in Toothsavers Washington, a program that's capped 2,000 teeth across 70 schools in the county. Teegarden says Communities In Schools worked for years to get a CHAS health clinic opened inside Rogers, Spokane's high school with the most low-income students.

"The kids, amazingly, learned about controlling their breath and stretching and not losing their temper when they were triggered by something," Teegarden says.

But then the pandemic resulted in in-person classes being canceled in March, and that entire support structure evaporated. When Spokane Public Schools starts their new school year, classes will remain online.

"I talked with multiple groups that are really worried that we are really missing the needs of middle-school- and high-school-aged youth," says Ryan Oelrich, director of Priority Spokane, a nonprofit that guides local organizations towards a common goal.

Their source of social life, counseling and even reliable meals has been yanked away.

"Not only are they not going to school, but they're seeing the world around them," Oelrich says. "They're seeing adults in their lives experiencing greater stress and trauma. They're seeing messages through the news that show chaos."

ADAPTATION
Communities In Schools has tried to shift its strategy as a result. They've attempted to visit children's homes directly.

"That's not been very successful. People are afraid to open their doors to strangers. They won't answer their cell phones," Teegarden says. "They won't respond, because there's a lot of stress for families right now."

Other tactics have borne more fruit, sometimes literally. By partnering with Second Harvest food bank, they've been regularly distributing food to families at school sites across the county.

"Our staff and volunteers right now are currently feeding between 600 and 800 families a week," Teegarden says.

Meanwhile, instead of fundraising for school supplies, they're directing Tools for Schools donations to help kids without internet access get online.

United Way, an organization that directs federal funds to local nonprofits, began holding weekly phone calls with dozens of partners — like the Boys & Girls Clubs of Spokane and Treehouse, a foster kid support network — to figure out how to either take their programs online or conduct them safely.

Spark Central, a literacy center near the impoverished West Central neighborhood, put together learning packets for kids to take home during the pandemic.

Some nonprofits built new alliances: Oelrich says the Northeast Community Center and The Zone Project teamed up with the support organization Peer Spokane. Peer Spokane hires families who have overcome their own trauma and addiction and tasked them to lead online support groups for other struggling families.

"I think we absolutely need to do more," Oelrich says. "I worry we're late into the game really thinking about how this is affecting our kids."

RECONNECTION
One of the most effective interventions for troubled kids — in some ways, maybe, the only effective intervention — is close, long-term mentorship. That's what the Big Brothers, Big Sisters of the Inland Northwest program does, connecting children with caring adults. But since meeting up inside has become so risky, the program has had to adapt.

"There is an increase in the sense of being disconnected," says Kyle West, the group's CEO.

So the Big Brothers and Big Sisters connect with their kids by watching Netflix together, West says, or doing crafts together over Zoom. Or sometimes, they might even record a silly video — together, but separately — over the TikTok app.

"They're dancing," West says, describing the sorts of TikTok videos he's seen the kids make. "They're learning to do dance moves together."

Even better, before the pandemic, the group obtained a "No Child Left Inside" grant, allowing the purchase of outdoor equipment, allowing mentors to take their kids on socially distanced activities, where the chance of spreading the virus is far less. They might learn how to play frisbee golf or learn how to fish. They might play checkers on the front lawn.

The Odyssey Youth Movement has a similar mission, but with a more specific intended audience: gay, lesbian, bisexual and transgender youth. In normal times, they'd have a drop-in center four nights a week where queer kids could come and hang out. They could get a wide variety of actual resources. But even more importantly, they had community.

The pandemic has temporarily shut the drop-in center down, leaving some of those kids without that crucial sanctuary.

"Potentially, they are isolated or quarantined with a household member who isn't safe or affirming to them," says Odyssey Director Ian Sullivan.

For transgender or nonbinary kids, their names, their pronouns and how they dress can become points of conflict — or even physical abuse — from their family members.

"It gets really scary," Sullivan says. But Odyssey has quickly found a way to shift their services.

"We switched as quickly as we could to an all-online model," Sullivan says. "We set up a weekly porch delivery system."

They might provide the kids with bus passes, hiking supplies, food, clothing or — for trans boys who request it — chest bindings. All the kids have to do is to fill out a Google form identifying what they need this week. Crucially, the form asks kids both their name and the name they're called at home, allowing Odyssey to navigate around a potential source of conflict in their household.

With the drop-in center closed, the staff started reaching out to the kids personally through a video chat.

"They can choose if they want to talk about COVID or what's going on in their life, or just watch a movie together," Sullivan says.

Odyssey also launched a channel in the Discord chat app, giving young people a space to hang out online with each other.

For many of these organizations, the ultimate goal is simple, but crucial in a confusing time: Offer spaces — in this collapsing, contagious world — where a kid can still be a kid. ♦

The original print version of this article was headlined "What's the Matter With Kids Today?"