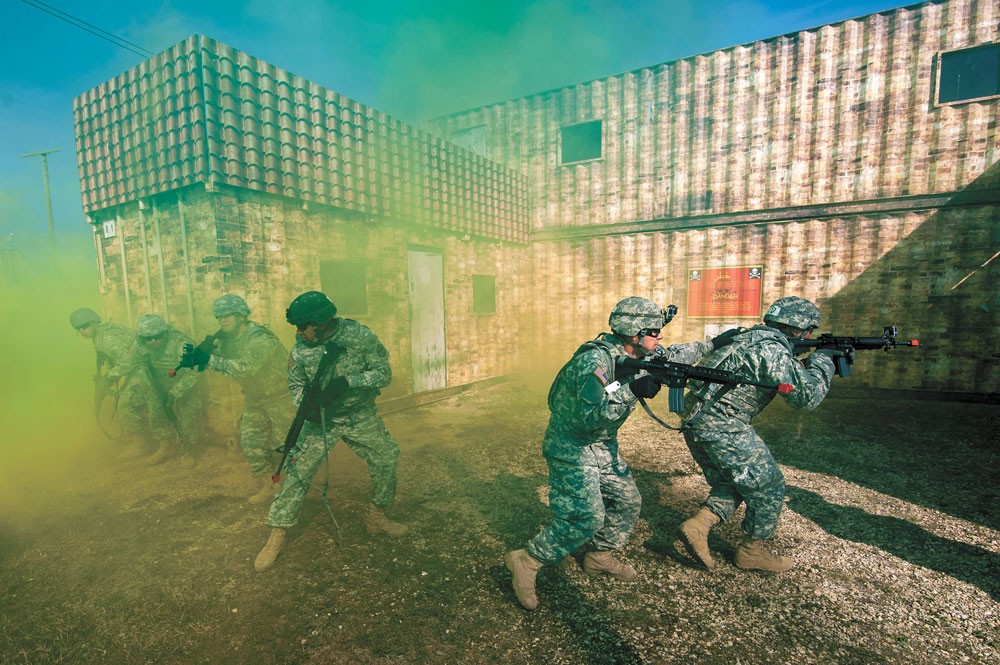 Battle lines are being drawn when it comes to the legality of CBD use by members of the armed forces.

Hemp, defined by the federal government as cannabis that possesses less than 0.3 percent THC by weight, was made legal in 2018. In the years since, hemp products, including those containing CBD, have spread like wildfire across the nation.

Individual branches of the armed forces, however, didn't want to see those products make their way into the military. On Feb. 23, 2020, the Department of Defense made it clear they didn't want that either. A memo penned by Under Secretary of Defense Matthew Donovan put in no uncertain terms that "the use by active duty service members and the members of the reserve components of products made or derived from hemp, including CBD" was prohibited.

Donovan's reasoning was that hemp-derived products may contain THC in concentrations low enough to be considered legal, but high enough to cause a positive drug test, thereby undermining the military's ability to weed out illicit use of marijuana.

Just five months into its existence, that ban is facing a strong challenge from Rep. Tulsi Gabbard of Hawaii.

Congress is hammering out the details for the National Defense Authorization Act (NDAA) for fiscal year 2021 — the NDAA is, broadly speaking, Congress' way of budgeting and funding the armed forces, though it also veers into other areas of military policy. Rep. Gabbard has decided to hone in on hemp.

On July 20 the House voted on an amendment to the NDAA, sponsored by Gabbard, which would effectively legalize the use of hemp products by service members. The amendment reads, in part, "Secretary of defense may not prohibit, on the basis of a product containing hemp or any ingredient derived from hemp, the possession, use, or consumption of such product by a member of the armed forces." It was passed by a vote of 336-71.

That may seem like an overwhelming victory, but it's important to remember this is just one battle in the larger war. The Senate is also working on its own version of the NDAA, which as of press time does not include similar language relating to hemp.

Still, it's a big step forward for CBD and the military. After a multiyear back-and-forth on its legality, Gabbard's amendment could give some welcome clarity on the issue. ♦

Gonzaga gives to the Guard: How students can help veterans