When You Need a Break

Hit up these events for some non-holiday good times 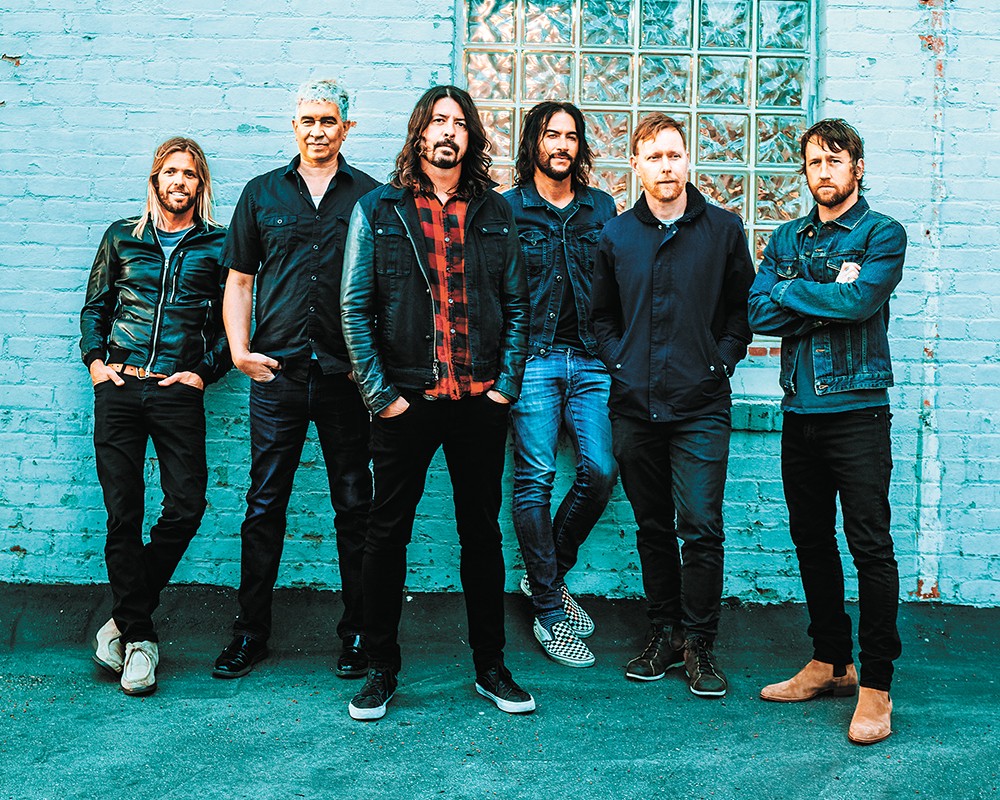 It's hard to remember now, but there was once a time when Foo Fighters were merely shrugged off as the band with one of the dudes from Nirvana who wasn't Kurt Cobain. The Foos, of course, are now arena-fillers in their own right, and Dave Grohl, grunge's most famous drummer, has handily earned himself a spot among rock frontman royalty, bolstered by his slightly rumpled everyman persona and self-deprecating sense of humor. Oh, and he shreds on guitar like nobody's business. The band's upcoming Spokane show will mark their first return to the city since playing the Convention Center in 2003; they're touring behind the new LP Concrete and Gold, their ninth studio album and their second to top the Billboard charts. Spokane Arena, $51-$101, 7:30 pm. spokanearena.com (NW)

Julien Baker is a 22-year-old Memphis native who has produced haunting and achingly beautiful music for the last few years, much of which features only her voice accompanied by a piano or guitar. It's free of decoration but certainly not passion, with probing lyrics that contemplate her own faith, her mental well-being and her place in the world. Baker's debut album, 2015's Sprained Ankle, earned her a solid critical reception, but this year's Turn Out the Lights has drawn even more acclaim; it represents an obvious maturation in her ability to wrap us up in her deeply personal stories. In the mold of great singer-songwriter albums like Joni Mitchell's Blue and Nick Drake's Pink Moon, it announces Baker as a promising new voice in indie music. The Bartlett, $15, 8 pm. thebartlettspokane.com (NW) 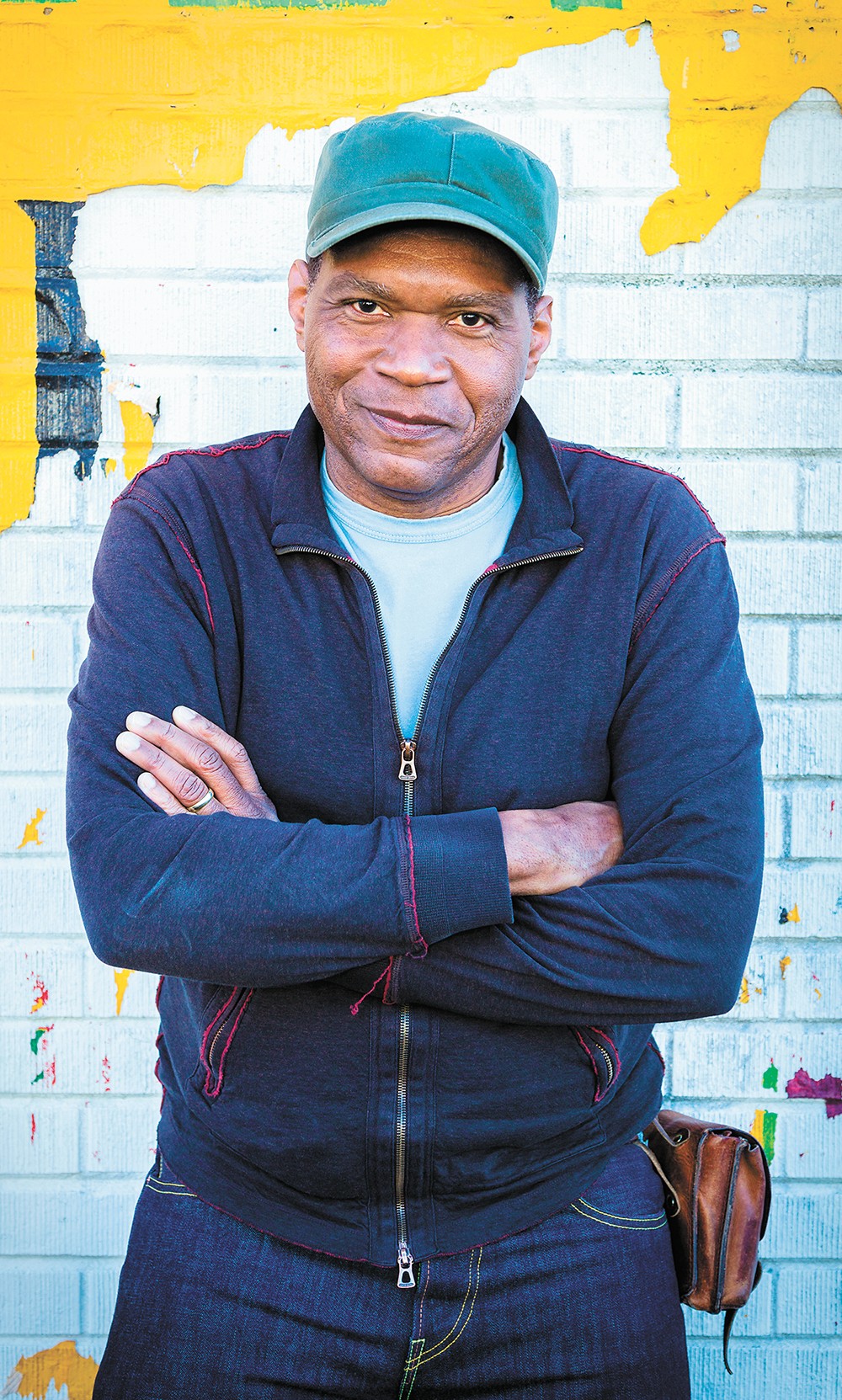 It's been said that at the heart of every blues song is a good man feeling bad, though guitarist Robert Cray approaches the genre with such effervescence that it's nigh impossible to imagine him as anything other than upbeat. Cray has been active since the mid-1970s, but his mainstream breakthrough came with the 1986 album Strong Persuader, which featured the single "Smoking Gun" and is sometimes credited with introducing blues-rock to audiences previously uninitiated. He grew up in Tacoma, so he's no stranger to performing in the Inland Northwest: Cray and his band performed at Liberty Lake's Pavilion Park in 2013 (he also stopped by Coeur d'Alene record shop the Long Ear for an in-store performance during their 40th anniversary celebration) and at the Bing the following year; he returns there in December with his virtuoso four-piece backing band. Bing Crosby Theater, $48-$78, 8 pm. bingcrosbytheater.com (NW)

SUPERSUCKERS, THE BELLRAYS, THE BOMB POPS

Seattle's Supersuckers have been through a lot in their career. Besides touring like maniacs and running their own label, recent years have included an accident that cost leader Eddie Spaghetti the home on wheels he and his wife had just bought, quickly followed by a cancer diagnosis that landed him in the hospital instead of on a stage. The good news? Supersuckers are back where they belong, rocking out around the world, bringing classics like "Born with a Tail," "Doublewide" and "Hot Rod Rally" to lovers of garage rock and rootsy punk. On their current tour, the Supersuckers are joined by killer like-minded peers the BellRays and the Bomb Pops. If you're looking for searing guitar solos and ferocious rock poses as an antidote to all of December's saccharine holiday music, this is for you. Locals Children of Atom open the show. The Pin!, $18, 7 pm. thepinevents.com (DN)

When the cold weather hits and the relatives come for long stays, it's time to break out all the dusty board games stacked on a closet shelf. Or, perhaps, it's time to develop your own new tabletop adventure. Spend an evening with a few local professional game makers at the education-focused creative nonprofit Spark Central and build a prototype for your hit dice roller, deck builder or cooperative RPG (that's a role playing game, in gamer speak). Besides playtesting with others, participants will get a chance to check out games designed by local makers. Spark Central, $10, 5-9 pm. spark-central.org (CS)

Arguably the most famous member of the Wu-Tang Clan, Method Man's reach goes beyond his role in the legendary East Coast hip-hop crew into acting roles (The Wire, Garden State), an ongoing partnership with fellow rapper Redman and epic one-off appearances on songs like the classic Mary J. Blige jam "I'll Be There for You/You're All I Need to Get By." He's a witty lyricist and skillful rapper with a series of successful solo albums reaching back to 1994's Tical and most recently 2015's Meth Lab. This show was rescheduled from earlier this fall. Knitting Factory, $25, 8 pm. sp.knittingfactory.com (DN)

WSU Athletics
The Cougs come to the Arena on Dec. 20.

Trade in your crimson and green for some crimson and grey and head to the Spokane Arena for a college hoops showdown between the WSU Cougar men and the Kansas State Wildcats, an early season, non-conference game. Spokane Arena, $10-$60, 8 pm. ticketswest.com (CS)

We can't think of many better ways to ring in 2018 than partying down with Super Sparkle, which has emerged in the past year as one of Spokane's most dependably entertaining live bands. The octet features a few folks who are already stalwarts of the local music scene — among them are members of Windoe, Water Monster and Mama Doll — and they knock out the kind of slick blue-eyed soul that'll have visions of Leon Bridges dancing in your head. Super Sparkle is slated to play back-to-back shows at the Bartlett to usher in the new year, one that's all-ages and another for grown-ups only. If you haven't yet seen them in a live setting, be prepared for an evening of unflagging musical enthusiasm, complete with choreographed dance numbers. The Bartlett, $8/$10 day of, Sat at 8 pm (all-ages), Sun at 10 pm (21+). thebartlettspokane.com (NW) ♦