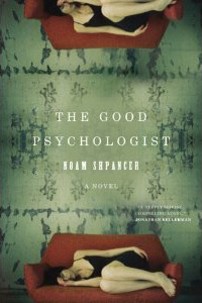 Read anything good lately? You'll be able to say yes if you pick up any of these recent releases.

If you're living on a space station in zero-G, how exactly do you, um, you know ...? (And don't tell us you've never wondered.) Roach also investigates the burning question of what happens if you're on a space-walk and you throw up a little bit inside your space helmet.

OK, so this novella was written in German in 1947, and nobody has translated it into English until now. Must not be very good. Au contraire: Francine Prose calls Keilson a genius and Comedy, along with its companion work, The Death of the Adversary, masterpieces.  In Comedy, a Dutch couple hides a Jewish merchant from the Gestapo.

From this novel's lectures, diary entries and records of counseling sessions, we figure out that that one of his students is a stripper prone to panic attacks. Shpancer, who was raised in a kibbutz, lives and teaches in Ohio.

In this novel's alternating chapters, we gather the stories of a Santa Monica mom, a professional musician, who gets overwhelmed and hires a Filipina to take care of her son. It turns out that the caregiver-child relationship, however it starts, can get bruised when broken. The wisdom and heartbreak of a woman who takes care of other people's kids so she can provide for her own comes through clearly.