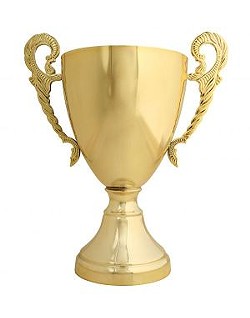 I first selected the Spokies (so called), on my own, in June 2006. In 2005, I was joined by five local actors in a selection committee forthe "Spokane Theater Awards." For three years before that (2002-04),I voted for theater awards along with other local theater critics. So, that's a decade of choosing awards; this is the sixth year of the Spokies.

Nominations may be more meaningful than the awards themselves, because a single selector has a better chance of identifying a range of good performances than settling on just a single "best" performance. (Nevertheless, awards shows need winners, and the Spokies need to forge on.)

Eligible productions (those that I managed to see during June2010-May 2011) include four shows at CdA Summer Theatre, 11 shows at SpokaneCivic Theatre, seven shows at Interplayers, eight shows at Lake City Playhouse,and one show each at Lewis and Clark High, Gonzaga, EWU, Whitworth and SFCC.

Here are one person's list of nominees for the best of local theater in 2010-11.

Andrea Dawson as Maria in West Side Story, Civic (concertversion)

Gene Engene as Tim O'Brien in The Things They Carried, EWU

David Gigler as Lennie Small in Of Mice and Men, Lake CityPlayhouse

George Green as George Milton in Of Mice and Men, Lake CityPlayhouse

Christopher Lamb as Joseph Merrick in The Elephant Man, LakeCity

Damon Mentzer in the title role of Richard III, SFCC

Doug Dawson as Caldwell B. Cladwell in Urinetown, Lake City

Robby French as Jerry Lukowski in The Full Monty, Civic

Brian Gunn in the title role of Buddy: The Buddy Holly Story,Civic

Troy Nickerson as Edna Turnblad in Hairspray, Lewis and ClarkH.S.

Sarah Denison as Annie Sullivan in The Miracle Worker,Interplayers

Elisha Gunn in multiple roles in The 39 Steps, Interplayers

Katie Haster as Blanche DuBois in A Streetcar Named Desire,Gonzaga

Susan Hardie as Lucille in The Cemetery Club, Civic Studio

Leigh Sandness as Jacqueline in Don't Dress for Dinner, Civic

Together Again for the Next Time, Interplayers

The Things They Carried, EWU

Dan Heggem for Of Mice and Men, Lake City Playhouse

Sara Goff for The Things They Carried, EWU

Howard Halcomb as Lt. Jimmy Cross in The Things They Carried,EWU

Thomas Heppler as Sam in The Cemetery Club, Civic Studio

Chris LeBlanc as Roger Chillingworth in The Scarlet Letter, LakeCity

J.P. O'Shaughnessy as Mervyn Kant in The Sisters Rosensweig,Civic

Andrew Scott Parish as Roger Wolders in Together Again for theNext Time, Interplayers

Megan Maddox as the Fairy Godmother in Cinderella, CdA SummerTheatre

Mary Starkey as Jeanette Burmeister in The Full Monty, Civic

Wendy Carroll in Together Again for the Next Time, Interplayers

Esa Lariviere as Gorgeous Teitlebaum in The Sisters Rosensweig,Civic

Mary Starkey as Madeline Arnhand in Together Again for the NextTime, Interplayers

David Gigler as Dave Bukatinsky in The Full Monty, Civic

Jhon Goodwin as the Big Bopper in Buddy: The Buddy Holly Story,Civic

Thomas Heppler as Wilbur Turnblad in Hairspray, Lewis and ClarkH.S.

NOTE: This post originally misidentified the designers of the sets. lighting and costumes for the production of Hairspray at CdA Summer Theatre. My apologies, and the names have been corrected.

McMorris Rodgers: No To McConnell Plan

MORNING HEADLINES: SPD cans a dud. Plus, the awesomest crime of the week.