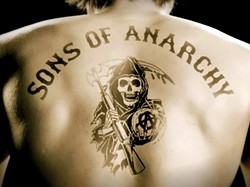 I’ve seen the first three episodes of Season Four. So far, it’s a major improvement, with an introduction of one of the most interesting characters on the series so far. But that’s no guarantee for quality. After all, last year's decent pilot was followed by 10 episodes of meandering.

Here’s what Sons ofAnarchy must do reclaim all the great things critics used to say about the series:

1) Plan three episodes ahead — but no longer

In other words, the season gave the appearance of being heavily outlined, with specific requirements that specific characters be in certain places at certain times. The problem: That doesn’t make for very interesting television. Good television is about improvising. 24, in its first season, had to shorten the first assassination plot and the kidnapping story substantially, because the writers didn’t want to tread water. Breaking Bad Season Three, the best season of television I’ve ever seen, was written largely on the fly. Writers asked “What would this character do?” rather than, “Where do we need everybody to end up?”

Sons creator Kurt Sutter complained when critics turned on the third season — that critics couldn’t handle non-linear progression, that they weren’t willing to appreciate taking chances, that they bristled at the fact that the motorcycle club left Charming. But that wasn’t a problem at all. The problem is, if you tie characters' actions to plot necessities seven episodes from now, it’s far more claustrophobic than if you never left the town at all.

2) Tone down the racialism.

It’s not surprising, really, that a motorcycle gang would be concerned with race. A gang is about inclusion, about identity, and Sons of Anarchy making a big deal about race makes sense. But when your enemies are usually along the lines of: The Blacks, The Mexicans, The White Supremacists, The Irish, and The Russians — it begins to feel lazy. There are other reasons to form groups besides race. And when your ostensible heroes use racial slurs, with no recognition that this is a problematic mindset, it’s an even bigger problem. I don’t think the motorcycle gang has to be politically correct. But their backward mindset shouldn’t be a distraction from more important themes.

4) Give us a sense of place

The best thing that Justified ever did in its second season was to give the mining community a real sense of place, through a series of town hall controversies and new characters it introduced. But so far, Charming feels mostly like one of those Old West towns with fake backdrops instead of buildings. There are a few stores, a police force, some wealthy developers, and many motorcycle clubs. But the town from Our Town feels more substantial. We should care about the town’s fate if we don’t care about the town.

5) Focus on the internal struggle

That’s what last year’s finale promised us: division in the club, maybe outright civil war. Give it to us — and surprise us — and we won’t be disappointed. 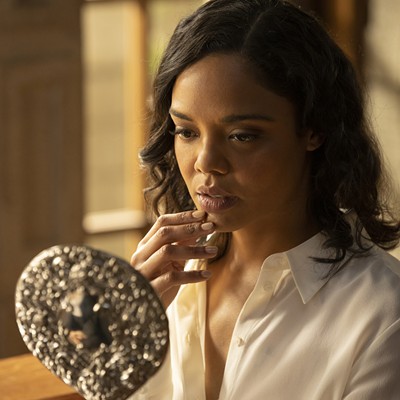