Occupy Spokane's kitchen is getting the boot

Occupy Spokane protesters must dismantle their portable kitchen by Saturday night, according to the Spokane Public Library.

The kitchen, which is composed of a series of tents at the intersection of Monroe Street and Spokane Falls Boulevard and run by an organization called Hippie Family Ministries, has been serving hot meals and snacks to protesters for about two weeks.

But the kitchen is also on the property of the Spokane Public Library, and library director Pat Partovi wants the street-side chefs gone.

"It's not an appropriate place for a camp-out," Partovi says. "I can't imagine allowing it at a branch library. I don't know why we would allow it downtown."

Even if the encampment got a permit, which the city has been prodding them to do for since they showed up, Partovi says she is opposed to the kitchen sticking around.

"Pippie," the founder of Hippie Family Ministries, does not believe a permit is necessary.

"Being a protest, we don't really feel as if we need to get permits," she says, declining to give her last name. She added that they haven't entirely ruled out the idea of permitting.

City spokeswoman Marlene Feist says that while protesters do have a First Amendment right to wave signs on street corners all day, a sidewalk kitchen requires a special-events permit and clearance from the Health Department.

Partovi says the protesters have kept the area clean and been respectful of library property during their stay.

"They've cooperated so far, so I expect cooperation," Partovi says. "So I don't know what the remedy will be if I don't get it." 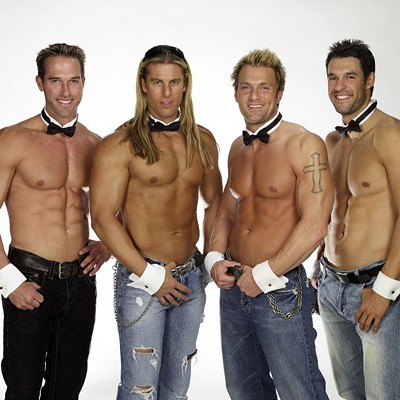