Five years and seven months after Otto Zehm's death — and after a jury of 12 unanimously agreed that Spokane Police Officer Karl Thompson was guilty of violating Zehm's civil rights by using excessive force, and of lying to federal investigators — Spokane Mayor Mary Verner says the city will not change course.

She still plans on forming an independent committee to review the city's handling of the case. She says she's still "committed to accountability in our police department."

One has changed, however. Thompson won't be a police officer in Spokane anymore.

"It is our intent to terminate [him]," Verner said in a late afternoon interview in her office. Wearing cowboy boots, Verner was more stoic than usual, and was unwilling to say that Thompson's actions reflected poorly on the police department as a whole.

"Not every department is 100 percent perfect," Verner says. "Will we ever be perfect? I doubt it. Will we continue to improve? I hope so."

Kirkpatrick, however, was more forthcoming on what the guilty verdicts mean for the police department.

Reminded that one of her department's top trainers — Officer Terry Preuninger — defended Thompson's tactics from the stand, and that a parade of officers testified in Thompson's defense, Kirkpatrick says that "we will have a lot of things that flow from this. … It's time to regroup and reset."

Earlier, just minutes after Thompson's conviction, Jeffry Finer — who is representing the Zehm family in the civil lawsuit — said that the police department had "tied themselves to him."

Still, he says, there's hope that the police department can change. "It takes a conviction to change a culture," he says, "and this is the best opportunity I've seen. And I've been here 28 years."

Breean Beggs, who also represents the Zehm family, held an impromptu press conference after the conviction, where he expressed relief at the jury's result, but he said there was a long way to go before the case is closed. Beggs says the mayor has an opportunity to change course at the police department, which he characterized as being 20 years behind most modern police departments in terms of use-of-force policies.

That said, he adds that his team has had no contact from the city about resolving the case. (Later, the mayor said, "If they're saying that [they've not heard from the city] today, I'd be surprised.")

Thompson was allowed to go free after his conviction, despite the government requesting to detain him. It is anticipated that prosecutors will request that Thompson get between six and eight years behind bars.

In his own press conference, U.S. Attorney Michael Ormsby wouldn't comment on the possible sentencing but said that Thompson was guilty of "two very serious counts of violation of federal law."

"He was convicted of a violent crime," Ormsby said, "and we sought immediate incarceration. And we will continue to seek that."

Beggs, an attorney for the Zehm family, spoke to the press in front of Spokane's federal courthouse on Wednesday, Nov. 2. 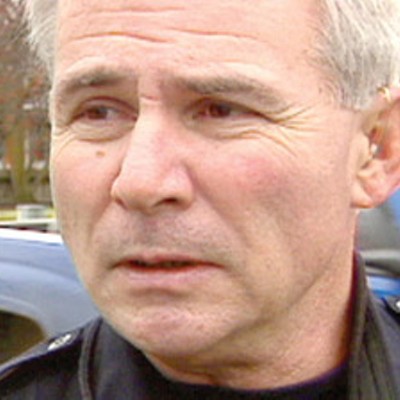