Founder of nonprofit Service Station under investigation for theft 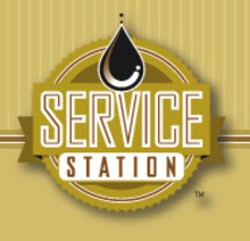 The founder of a North Spokane coffee shop is under investigation for first-degree theft.

According to a search warrant filed by a Spokane police detective last month, Scot Robinson, founder of the the Service Station on North Nevada Street, allegedly bilked the organization of about $100,000 and may have siphoned donations to the organization into his bank account.

The Service Station nonprofit was dissolved earlier this year, and while the coffee shop remains open, it is no longer affiliated with Robinson, says Anita Genova, who owns the new business.

Robinson started the Service Station in 2005 as a nonprofit after stepping down as an assistant pastor at a Spokane church. According to tax filings, the venue, which features a concert hall and meeting facilities, aimed to "provide an atmosphere where people can question, pursue and eventually grow in relationship with God."

The organization's vice president was Aaron Breeden, a Spokane entrepreneur who had attended Robinson's church as a teenager.

Neither Breeden nor any of the Service Station's former board members would comment for this article.

The search warrant says Breeden was left in charge of the business when Robinson and his wife, Debi Robinson, went on vacation last year. When Breeden went to pay the bills, he discovered that the organization had no money and was behind in its taxes.

Robinson was questioned after he returned from his vacation, but his response was allegedly vague, and the board told him to stop writing checks on behalf of the organization.

The search warrant says Robinson then wrote another $2,000 in checks. The organization fired him, and the police were notified last May.

In September, the Service Station's finances were audited by Gonzaga University's Justice for Fraud Victim's Project, a group of accountants, police and Gonzaga students.

According to the warrant, the audit found that Robinson drew about $100,000 in checks from the Service Station's accounts and deposited them into his own account. He also allegedly took donations meant for the Service Station and put them in personal accounts.

Humor Us: This weekend in comedy