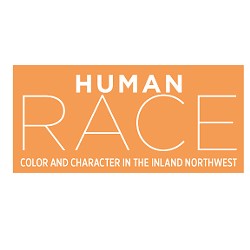 This week The Inlander will publish "Maxey's Law," a profile of the sons of late civil rights lawyer/legend Carl Maxey. I spent the better part of a month hanging out with Bill Maxey and his younger brother, Bevan, to see how their lives are different than their father's. I had a brief chat with Bevan's 20-year-old son Morgan as well, adding a third generation's perspective.

What emerged is a portrait of a family and a peek into the way race relations and civil rights have changed in Spokane in the last 60 years. It's the first story in a yearlong series we're calling "Human Race.:

During the photoshoot for the cover, Young Kwak set up a video camera, and we spent a few minutes talking with Bill and Bevan about their father, MLK backpack bomber Kevin Harpham, and the places they find hope for the future.

The below video talks about their family legacy.

Human Race
Color and Character in the Inland Northwest

This yearlong series will explore how far we have come and how far we have yet to go in achieving a community that is not simply fair and just, but understanding, open and equal.