The Spokane County Sheriff’s Office is asking for help in arresting a man suspected of robbing a Medicine Shoppe pharmacy in Deer Park twice last month.

Deputies are looking for a tall and thin white male in his early 20s, standing between five-feet-four-inches and five-feet-six-inches in height, according to a statement from the sheriff's office.

“If you see something suspicious, tell someone,” says sheriff's office spokesman Mark Gregory. “We can’t do anything if we don’t get reports.”

In the first robbery, the suspect demanded OxyContin, though in the second robbery, he asked for "pain medication," according to the statement. Gregory says he used a silver-colored pistol in the robbery.

Gregory says the medications stolen are typically either sold or used by the suspect.

“When pharmacies are robbed it’s usually for the medications and they don’t seem to go after cash,” says Gregory, adding that oxycontin is the most commonly stolen drug.

Pharmacy robberies have become increasingly common, with the Drug Enforcement Administration reporting a 79 percent increase since 2006, according to the New York Times.

In 2010, there were several pharmacy robberies in the Spokane area, including of an Albertsons in Millwood.

“We had some a few years back, but we caught the suspects,” says Gregory. “Nationally pharmacy robberies might be an issue, but locally at this point it isn’t hugely common.”

The sheriff’s office asks anyone who can help identify the suspect to call Crime Check at 456-2233. 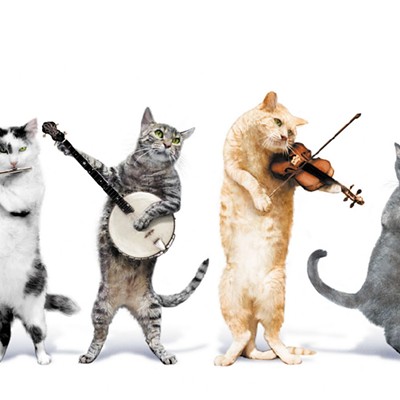 THIS WEEKEND IN MUSIC: Cash, Congress and charity