Made in Spokane: Why a Kickstarter-funded Bay Area company is manufacturing here

Fresh out of industrial design school in San Francisco, and long before their idea brought them to Spokane, Patrick Healy and Lorris Williams saw a gap in the selection of bags available for men: There are the technical ones, made of high-performance materials, like the backpacks you find at REI. And there are the high-quality heritage ones, made of canvas or leather.

“We decided those two can come together,” Williams says. 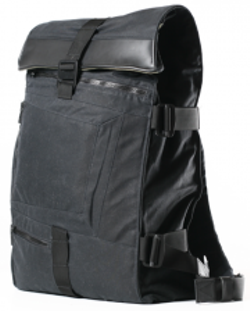 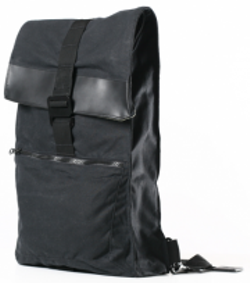 They envisioned a bag for “younger urban professionals” that could bridge that gap, but felt strongly that the product shouldn’t just be hip and durable — it also needed to represent the right values, and to them that meant Made In America.

As Modern Industry, they found products from all over — leather from Chicago, fabric from the East Coast, aluminum buckles custom-made in the Bay Area — but the hardest part was finding an American company that could actually put everything together.

Some companies couldn’t handle the complicated designs, and others required huge quantities. They scoured the Internet and made inquiries, and eventually they found what they were looking for here in Spokane with sewing services company Robinson Windword, Inc.

The company occupies a niche of fairly small runs for companies that don’t need 50,000 of something, owner Jack Robinson says. The Modern Industry designs represent “a new generation of backpack-carry technology,” he says, but they don’t require anything technically different from the work his company has done before.

After seeing other entrepreneurs succeed on Kickstarter and then stumble when it came to production, Modern Industry wanted to have a plan fully in place before launching a campaign. Initially they had thought up a whole line of backpacks and laptop cases, but when they decided to go with Kickstarter they scaled back to three carefully designed products: a backpack, a sling pack and a wallet.

They did lots of prototyping on their own, but they made sure the final products on display in the photos were all made by Robinson Windword. Customers — or “backers,” in Kickstarter-speak — could see exactly what they’d be getting, and feel confident they’d get it by the May delivery date.

The Kickstarter campaign met its funding goal of $30,000 on Jan. 11, and the company is taking additional preorders now. Williams says the prices are steep, but they hope people will understand that’s the cost of using high-quality American materials and manufacturing.

Both Williams and Healy have visited Spokane to check the details, and full production is on schedule to start next month. You can follow along with Modern Industry’s progress on Facebook and Twitter.

The end of the Harlem Shake

MORNING BRIEFING: The Lucky Friday Mine and Chinese hacking