Brett Bollier
Gonzaga's student section is a finalist for the Naismith Student Section of the Year Award.

Gonzaga's student section is a finalist for the Naismith Student Section of the Year Award. Photo by Brett Bollier

Some years everything goes your way. For Gonzaga, it's one of those years. This week Gonzaga continued its domination of all things basketball when the Kennel Club, Gonzaga's student section, made it to the final round of the Naismith Student Section of the Year Award.

“From the Kennel Club standpoint … its real nice to know that we're being recognized nationally,” says James Lumia, a Kennel Club board member. “It's something pretty awesome, especially when you look at some of the other program names up there.”

The national competition started with 158 schools representing 25 conferences. It's now down to eight schools for the top spot. The winning school receives $10,000 to be used in its general scholarship fund, and the winner will be announced on March 8.

“It's a little harder when you're going up against some of these big state schools,” he says.

However, now that the final eight have been selected, the winner will be determined by the Naismith Board of Selectors. According to a press release, the board reviews the student section by looking at the club name, attendance, photos, videos and a “write-up submitted by the nominating school.”

“Coach Few has mentioned on many occasions that the Kennel Club and the fan base in general plays a role,” Lumia says. He attributes the Kennel Club's success in the Naismith competition to their refusal to give up.

“Kind of like the team, it doesn't matter what the odds are,” he says. “We don't back down.”

Last year Gonzaga made it to the semifinal round.

Gonzaga plays Brigham Young University tonight at 8 p.m., in Provo, Utah. The game will be on ESPN 2. 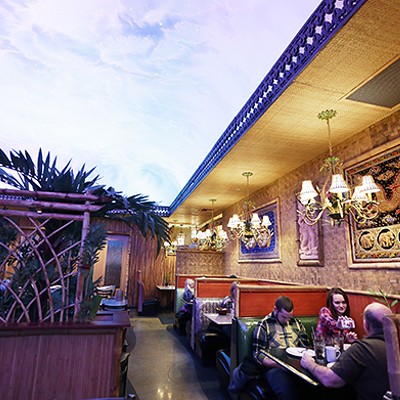 THURSDAY: Dinner and a...

MORNING BRIEFING: Sequester cuts, country club discrimination and police told to give back the pot