Owl City's Adam Young played to a pretty sizable yet not quite sold out crowd of mostly teens last night at the Knitting Factory concert house. If you took a closer look around, though, there were attendees of all ages at the show, even those as young as preteens at their first ever concert with their parents, and people old enough to be aforementioned kids' grandparents.

Having been a fan of the electronic/dance pop musician for some time now, I've seen Young perform several shows in Spokane in the past, the last of which was all the way back in March 2010. Last night, he seemed genuinely excited to be back in Spokane, a city that he's stopped in more than a few times before becoming a multi-platinum recording artist. Young made the crowd feel like he truly was glad to be back in the Lilac City, telling them how awesome they were, and that it was "so good to be back in Spokane."

Cynics might say that all bands say this to concert crowds no matter what city they're in, but after interviewing Young for a story in last week's Inlander, I have to believe that he was being completely sincere and honest about being glad to be here.

The show did not disappoint, as he and his touring band played a mix of very familiar tracks: Fireflies, Shooting Star and Hello Seattle, to lesser known songs, including "Silhouettes" a slower-tempoed ballad from his most recent studio album, The Midsummer Station.

Here are some moments I captured at the show. 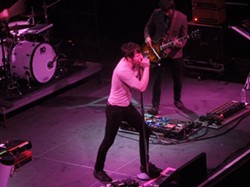 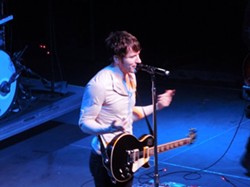 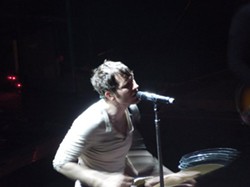 CAT MONDAY: Start the week off right with some cats