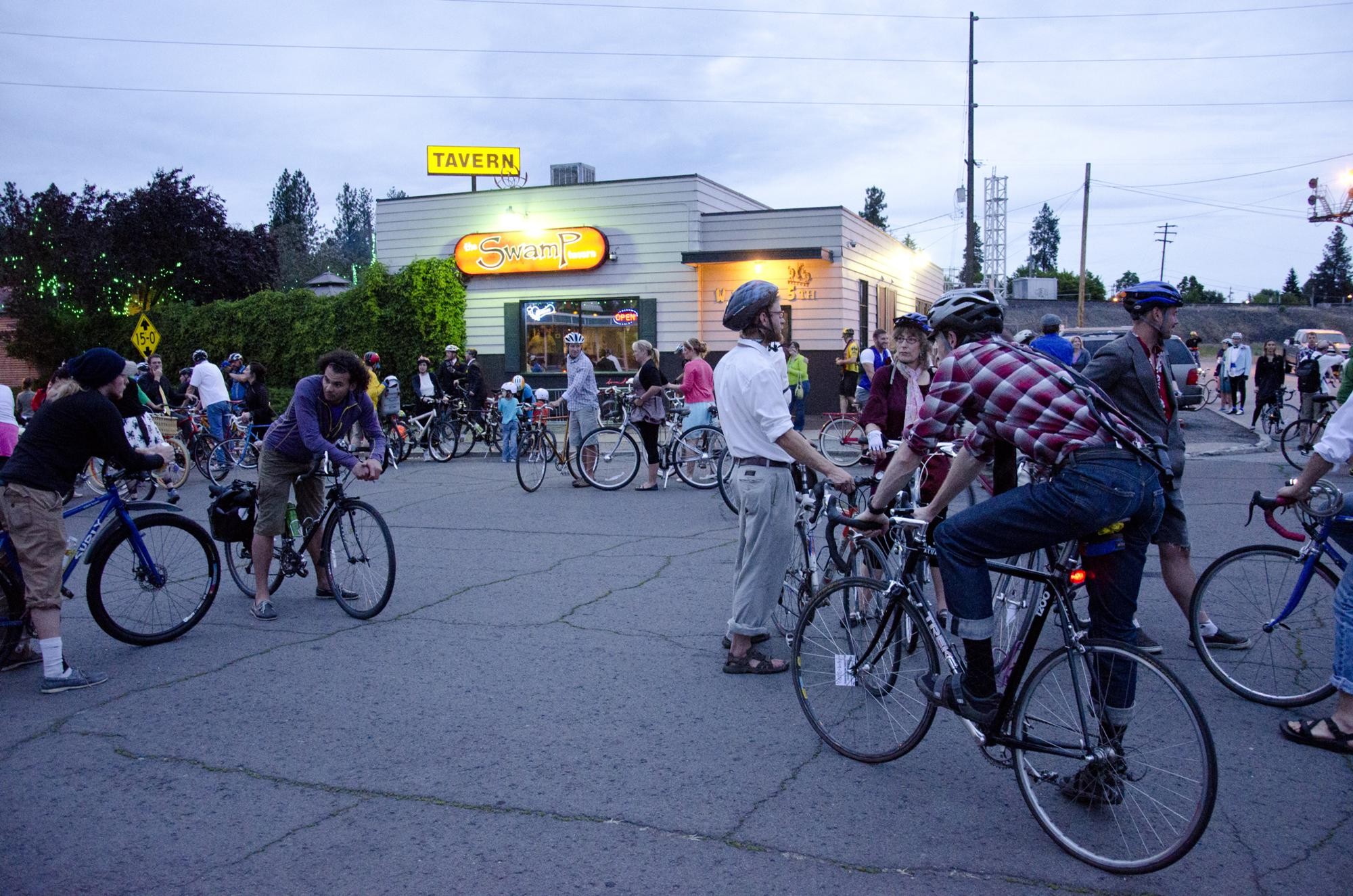 This summer, Spokane's favorite drinking-with-a-side-of-bikes club took its bittersweet last ride (bitter because the tradition was over, sweet because it drew more than 400(!) people). Now, as many speculated, it looks like a couple new incarnations of the full-moon bike ride between bars have sprung up.

The recently created Fourth Friday Pub Peddlers — blog here, Facebook here — ride ... well, you get it. Last month, they left from The Swamp Tavern in Browne's Addition (1904 W. 5th), where most FBC rides started, and it looks like next Friday's ride will be the same.

Around the same time that group got started, someone created the Swamp Ride page on Facebook and told a few friends. Then, apparently, 500 people were invited and a chaotic, disorganized night of bikes and beers ensued.

The group is planning another ride for tonight, leaving The Swamp at 9 pm. Following the model set by FBC, it looks like you'll get a spoke card and be led to an undisclosed bar.

Bikes, drinks, a big moon. We'll see you there.

A peek at the $395 micro-apartments planned for the Ridpath