Syringes, gas masks and Frankenfood: Visuals of the GMO debate

The opposition to genetically modified food dates back to when the technology was first possible in the 1980s, and those who object to GMOs as dangerous, sinister or unnatural have a distinct advantage on the visual front. In reality, GMO food doesn’t look any different from non-GMO food — hence the push for labeling — and the process of genetic modification just looks like generic “science” to the layperson. But whole visual genres have developed to signal particular concerns about the food.

The following images are linked back to where we saw them — many are stock images, and some have been reused so many times it’s not clear where they originated.

This is a relative of Women Laughing Alone With Salad — not really based in reality, but ubiquitous for as a vague illustration for web stories that need some sort of visual.

Stock photos are basically all over this. 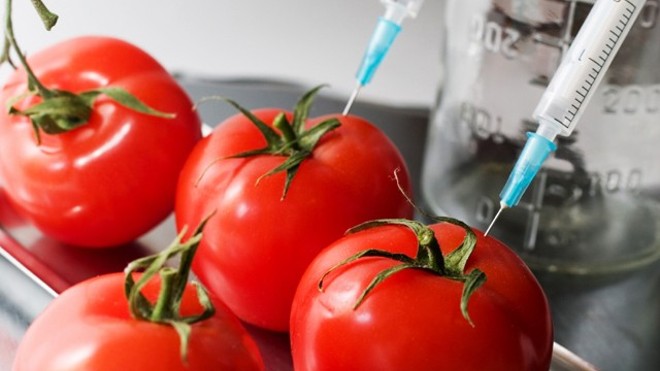 Tomatoes are a favorite because, along with being visually appealing, they are based in reality. The Flavr Savr tomato, engineered to stay firm longer, was the first genetically modified food to hit U.S. markets in 1994. However, no GMO tomatoes are sold today.

A variation of the Syringes in Produce is the Produce on Steroids.

The term Frankenfood was coined in a letter to the New York Times written by an English professor in Boston. For a while it seemed like the “Franken-” prefix might catch on more widely, though it clearly hasn’t. The chimerical stitched-together foods, however, are alive and well in the GMO debate.

Whimsical combinations of plants and animals have the benefit of being fun as well as scary. The imagery has expanded to more interactive presentations. 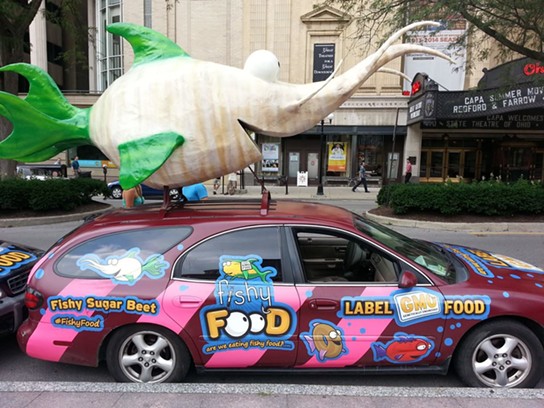 A variation on the Frankenfood image, these ones play on the element of surprise — it might look like a regular old apple, but wait to see what’s hidden inside. 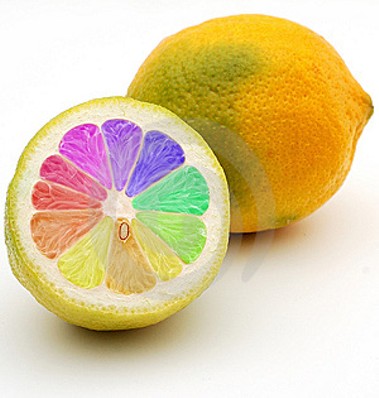 Skulls, gasmasks, biohazard symbols and other general “warning” labels all fit in this category. This is a favorite of protest groups like Occupy Monsanto.

Like the pro-labeling campaign in California before it, Washington’s Yes on 522 isn’t explicitly against GMOs. The message is that it’s all about the “Right to Know” what’s in our food, and the campaign has stayed away from hyperbolic imagery. Instead, the campaign has been publishing “Did you know?” images that imply there’s a lot we don’t know.

(There are not any genetically modified apples, wheat or salmon on the market in the U.S. The Arctic apple and the AquaAdvantage salmon could be approved soon, but the salmon would be farmed far from Washington state. A bizarre case of genetically modified wheat caused problems this summer, as we wrote about, but all tests indicate that was an isolated incident.)

THIS WEEKEND IN MUSIC: Rain can't stop the beat