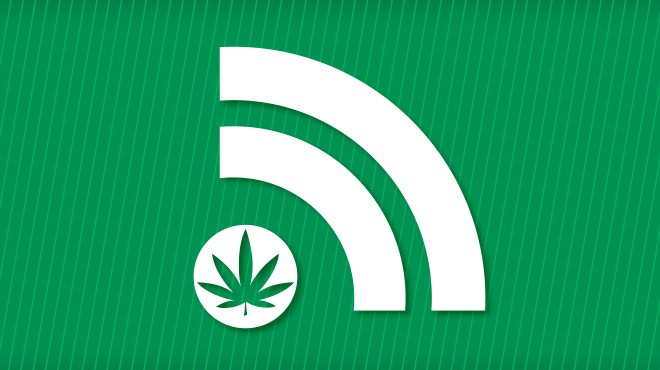 Hey everyone. If my email inbox is any indication, you're all wondering where's the (legal, recreational) weed? Spokane Green Leaf remains the only of Spokane County's three licensed retailers that's open. They've expanded their hours, but prices are still $25-27 a gram. Satori is still hoping to open Aug. 1 and Green Star Cannabis at some unspecified future date. (Speaking of Satori, we got a press release from Satori Dance Studio on South Monroe this week pointing out that they now share a name with a pot shop. “If their customers mistakenly step into my studio, I’ll happily give them a pair of dance shoes instead of a plant,” the owner said.) Sativa Sisters in the Valley hasn't yet been licensed, but they're advertising an August opening as well. The liquor board is continuing to license retailers as they pass their final inspections, and has now licensed 33 total. Before you start thinking you'd be better off on the westside, though, note that Seattle's one and only store is closed awaiting a product delivery on Friday.

Now, onto the news. The New York Times has editorialized in favor of federal marijuana legalization. Yeah, I know. Woah. (This, of course, has led to more talking heads discussing the issue and not being able to resist making dumb jokes. It also will not change the paper's drug-free policy for employees.) Read the editorial and check out the series they're rolling out about their position here. Certainly, this is a big deal. But to some it wasn't much of a surprise. Here's an excerpt from The Cannabist's conversations with activists about the editorial:

“I wasn’t really terribly surprised,” said Aaron Smith, executive director of the National Cannabis Industry Association, one of the largest trade groups in the American marijuana industry. “Colorado especially having taken the lead in replacing the criminal market with a regulated one has demonstrated to the world that not only does the sky not fall when marijuana is legal and regulated, but there are huge benefits to the economy and the community.

“We’re seeing millions in tax revenues and thousands of jobs, and at the same time crime is down across the spectrum in Denver and tourism is up — and people from throughout the country can now see what regulated cannabis looks like.”

I can't let the Times get mentioned without sharing this marijuana trend piece they posted last week. The story covers marijuana-friendly weddings with a mix of eye-rollers ("The rules and regulations about marijuana ... are still being written and constantly changing, like springtime weather in the Rockies.") and some interesting stuff (whether pot gets everyone mingling or causes them to leave the dance floor empty). Read at your own risk.

Senators from Washington and Colorado sent a letter this week to the White House chief of staff and the U.S. attorney general asking for "regulatory clarity" on pot laws. Read the letter here.

In Portland, city leaders may be looking to pass a pot tax before the state legalization initiative there gets a vote in November, Willamette Week reports. A rule in the measure says cities can't add extra taxes on marijuana, but there's a chance taxes passed before the vote could be grandfathered in.

Here in Washington, the start of the Kettle Falls Five trial we wrote about earlier this year has been postponed while attorneys review more evidence. A researcher on the westside is testing sewage to see how many people are using pot. And the Spokesman had a story over the weekend about how cops can still get search warrants if they smell marijuana — whether they have evidence state marijuana laws are being broken or not. Read more here.

A new study shows no link between the legalization of medical marijuana and an increase in underage use of the drug, reports the Washington Post. This has been an issue for opponents of a move to legalize medical marijuana in Florida.

In Colorado, there's now a co-working space for cannabis startups and some say legal pot is attracting more homeless people.