On the heels of the big, upcoming SpoCon comic convention, happening next weekend, Aug. 15-17 (check out next week's Aug. 14 Inlander for a big feature on fantasy culture), the Lilac City is also set to host another, new event of similar nature — October's PAC Con Spokane. 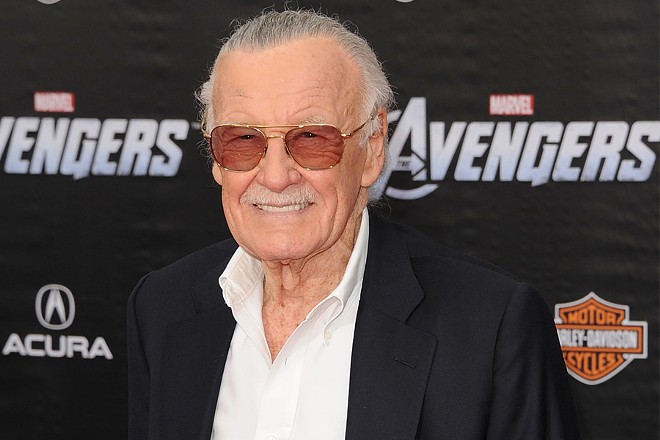 The latter comic/sci-fi/fantasy fest is the second event organized by the same people behind this past February's PAC Con Palouse, in Pullman. But for the Spokane installment, running Oct. 24-26, organizers are aiming high and bringing out the big guns, inviting genre legendaries including Stan Lee, William Shatner (*these first two shouldn't need introductions, we hope...), Denise Crosby (Star Trek, The Walking Dead), Dirk Benedict (Battlestar Galactica, The A-Team), Jim Cummings (voice of Winnie the Pooh and many other animated characters) and, the latest addition, announced today, Phil Lamarr (Mad TV, Pulp Fiction).

As of now, these guests are slated to appear for fan autographs, photos, and other meet-and-greets, but it'll cost you — maybe even upwards of $80, on top of admission. Tentative pricing to meet and see the convention's guests is outlined on the PAC Con site.

Other guests who might not initially be recognized by the casual comic/sci-fi fan include many local and regional comic book artists, writers and other industry figures. See the full list here.

*For the uninitiated readers out there, Stan Lee created some of Marvel's biggest comic book characters including Spider-Man, the Hulk, Thor, Iron Man, the X-Men and the Fantastic Four. William Shatner, among many other roles, is most noted for his role as Star Trek's Captain James T. Kirk, from 1966-1969.

WEED WEDNESDAY: Edibles come to Washington and a vaporizer that looks like an inhaler