WEED WEDNESDAY: Edibles come to Washington and a vaporizer that looks like an inhaler

The rundown: This week marks one month of legal recreational marijuana sales in Washington and the state Liquor Control Board says the new industry has done $3.4 million in sales, generating $850,000 in excise taxes. Around here, Spokane Green Leaf has been keeping more consistent hours and is open until 7 today. Prices range from $17-27 a gram and they now sometimes have rolled joints in stock. Keep up with their Facebook page for the latest info. Satori has pushed back their opening again, but is hoping for this Friday. Seattle still has just one licensed store and Tacoma is getting one soon. In total, the state has now licensed 39 stores (still just three in Spokane County) and 149 growers (33 in Spokane County).

The state has also approved infused products from three producers: DB3 (the first to be approved), Mirth Provisions (this is the company we told you about earlier that plans to sell cannabis-infused coffee) and Green Chiefs. That means edibles should be available in some stores soon. UPDATE: Top Shelf Cannabis in Bellingham had edibles for sale late Wednesday night and Thursday. Check it out.

Here's the full list of approved products from the Liquor Control Board:

Seattle made news recently for a report showing that minorities and homeless people received a disproportionate number of pot tickets in the city. That story has since spiraled even further into embarrassment for Seattle Police after the revelation that one officer issued nearly 80 percent of all the city's marijuana citations this year, even referring to the law as "silly." But that fact wasn't included in the initial report about the citations, leading to questions of coverup. This week, The Stranger asks whether that undermines the department's major reform efforts.

Washington Attorney General Bob Ferguson announced Thursday that his office will defend Initiative 502 if any of the parties involved in two lawsuits in the state argue it should be overturned. Ferguson has said before that he believes cities and counties have the right to ban marijuana businesses under I-502. He won't be arguing against that opinion, but if those cities or counties with bans try to argue that the law itself shouldn't stand, he'll step in.

Growers on islands on the westside are wondering how they're going to get they're weed to mainland Washington when sea and air travel are controlled by the feds. The Seattle Times has the story.

Pot-friendly events are all over the place in Colorado and Seattle, of course, has Hempfest. Now, those types of events may be coming to Spokane too. The Members Lounge, a medical "bring your own cannabis club" on East Sprague is now advertising a pot/weed/DJ/open-until-5-am party on Friday nights.

The ACLU of Washington has a new quiz about pot law. How'd you do? 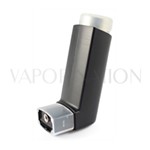 The Times also finished its editorial series on why they think weed should be federally legalized and you can find the whole thing here.

There is now, of course, a vaporizer that looks like an asthma inhaler. Ben Livingston, who writes for The Stranger and The Cannabist, didn't love it, but no one can argue that's not discreet.

Elsewhere, is the rising number of cannabis clubs in Barcelona turning Spain into the "Holland of the South?" Sure is, says The Guardian.

And The Cannabist's editor, Ricardo Baca, is in Uruguay reporting on the nation's marijuana system, which is facing serious implementation challenges. Follow him here.