The past, present and the future: local universities bring musicians to campus 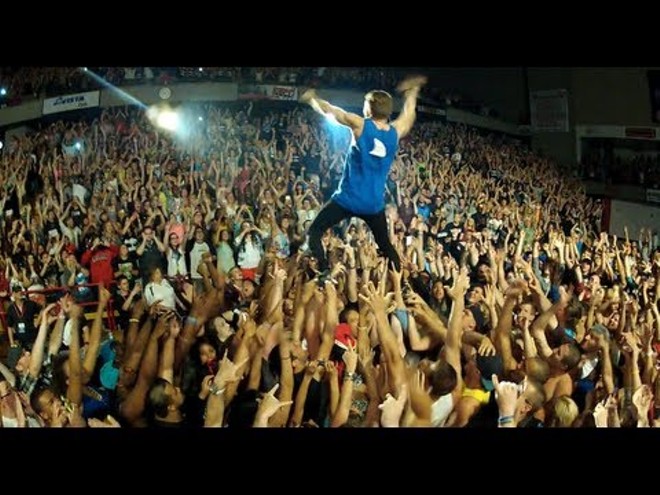 Of those four, EWU has one of the longest standing traditions of throwing awesome concerts. Over the past several decades, big names like Steve Miller Band, Earth Wind & Fire, RUN-D.M.C., Duke Ellington, Louis Armstrong and Tom Petty traveled to the small town of Cheney to entertain Eastern's students. In 2013, during the height of the popularity of The Heist, Macklemore & Ryan Lewis were guests of Eastern as well. One of the university's goals is to "bridge the gap in the Spokane local scene and EWU students," says concert coordinator Madi Casto. Their current project is developing a Winter Coffee House Series.

Though most of their events are reserved solely for students, Whitworth carries a heavy load of performing artists despite its small size. On November 5, folk duo Over the Rhine plays an acoustic concert on campus. Two days later, 10 time Grammy-winning trumpeter Arturo Sandoval joins as the guest artist at a jazz concert open to the public. Also scheduled for this semester are Noah Gunderson and Brett Young. Macklemore is not a stranger to Whitworth's stage, either, and notable artists like Mat Kearney and Seattle band Barcelona have been featured in the past.

Over the Rhine
During Dad's Weekend at WSU on October 24, Creedence Clearwater Revisted is open not just to fathers and their students, but the general public as well. Earlier this year, Freaknight Traveling Circus traveled to Pullman, bringing several EDM artists and DJs. In addition, dance sensation Adventure Club, rappers IAMSU!, G-Eazy and Juicy J, and country artists Thomas Rhett and Florida Georgia Line have all been recent guests of WSU. They hope to continue diversifying their lineup by potentially hosting an R&B show and another country artist. WSU systematically uses email surveys alongside social media feedback to get a feel for what students want and to cater to their various interests.

Gonzaga generally throws one big, blowout show per academic year. For that event, the McCarthy Athletic Center, home to GU's basketball games, transforms into a concert arena. In September, Gloriana visited campus, along with Spokane favorite Cathedral Pearls, after gaining popularity from their Top 40 hit "(Kissed You) Goodnight," making them an up and coming act in both the country and pop scenes. There are hopes of an additional concert in the Spring.

WHAT'S UP TODAY?: Hillstomp, hikes, and the doctor is in