Maybe it was the rainy Saturday or the thought of Halloween being 364 days away, but damn it if I didn't wallow in a cocktail of televised sporting events this weekend. It's a good time of year, with college and pro football in full swing, the NBA getting out of the gate and college hoops waiting in the wings. It's easy to get in too deep. So let me bring you up to speed, the best I can remember.

THE SAD, SAD STORY OF CONNOR HALLIDAY
Spokane's own Connor Halliday was having a hell of a season for the Cougars. And for fans who realized pretty early on that WSU wasn't going anywhere and who shifted their intentions from cheering on the Cougars to focusing on Halliday's assault of the record books, be they for his own school, conference, or the whole damn history of college football. At least that's what I've been doing.

I was driving around on Saturday afternoon and heard the call over the radio that Halliday had gone down and wasn't getting up. My heart broke (as did many others) for this kid, who had finally gotten some national attention thanks to his record-breaking game against Cal a few weeks ago. Just a few days before a USC defender broke the senior gunslinger's leg, Halliday had been the focus of an intriguing and moderately sad feature story on Grantland.

But with that one play, Halliday — a hard-luck guy who once played a game with a lacerated liver — was done at WSU and by the end of the day the Cougars would have lost another game. For Halliday, it meant that his approach on B.J. Symons' (also a Mike Leach product) single season record of 5,833 passing yards was going to fall short. It was going to be tough anyway, but you never know with the Leach offense.

After surgery, it's very unlikely Halliday will make it back this season. But look for him to get a shot to play on Sundays. At the very least, NFL teams know the kid can throw the ball. 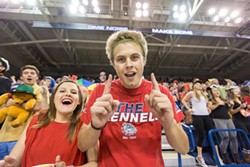 Ryan Sullivan
PEOPLE ARE REALLY EXCITED ABOUT ZAGS
I learned that while hanging around campus (and the nearby bars, of course) before Saturday night's exhibition game. Part of that was likely just the prospect of getting back in the Kennel after seven months of exile, but folks seem universally optimistic about a men's squad that won 29 games last season.

The Zags exhibition contest brought Thompson Rivers University (already Googled it for you — it's in British Columbia) to town and properly disposed of them 95-69 in a Kennel full of nutty students still in their Halloween costumes from the night before. If you didn't tune in because there were a million big football games going on or you don't watch college basketball on November 1st, let me give you the gist of it: The Zags are absolutely stacked.

They have 10 guys — not exaggerating — who would start on pretty much any team in the WCC, and all of those guys could probably start for the Zags if needed. Coach Mark Few said as much after the game, which gave us our first look at several new additions to the 13th-ranked squad.

Kyle Wiltjer (a transfer from Kentucky) and Domantas Sabonis (son of Arvydas Sabonis, former Portland Trailblazer with an amazing flat top) and Josh Perkins (a highly recruited freshman who ESPN calls a top-100 player in his high school class) all looked as advertised on Saturday night. But the newcomer who's going to make some waves is Byron Wesley, who took advantage of an NCAA rule that allows players to transfer and play immediately if they've already graduated. Wesley wrapped up at USC (where he was the leading scorer last year) and hightailed it up to Spokane. He had 15 points, which was impressive, but was hustling all over the place to snag eight rebounds.

And keep in mind that the Zags still have Kevin Pangos, Gary Bell, Jr. and Przemek Karnowski. These dudes are going to be straight terrifying this season.

THE BACKUP SEAHAWKS WIN
If you wondered who the hell you were watching play yesterday afternoon when the Seahawks took on the piss-poor Oakland Raiders, you weren't alone. With six starters injured, there were had-to-Google-it names all over the field for Seahawks.

Examples: the guy playing linebacker was a dude named Brock Coyle out of Montana, making his first NFL start. And then there was the offensive tackle who went in for James Carpenter who promptly got flagged for a handful of face-palming penalties. And then there was the rotating cast of characters in the defensive backfield not named Richard Sherman (who got a nice interception, BTW!).

So, if you're wondering why the Hawks didn't rout the Raiders, that's why — they are about as injured as an NFL team can get and still win. Here's hoping they can get some magic healing power over to their practice facility before their schedule gets a little bit hairy later this month (remember to schedule Thanksgiving dinner around the Hawks vs. Niners game. It's at 5:30 pm., so send a family-wide email immediately. Tell Uncle Ron he can eat his goddamn pie a little early this year.)

IN OTHER NEWS, and THE BOZ!
Eastern Washington got back into winning form by dismantling North Dakota 54-3 out in Cheney on Saturday. They have a big matchup with Montana on Saturday at home that will shape the look of the Big Sky positioning.

Down in Moscow, Idaho football tried to start a winning streak for the first time in years, but got cranked in the second half by Arkansas State.

And if you haven't seen it yet, you really need to take a look at the ESPN documentary Brian and the Boz, an incredible look at the life and bizzar-o career of Brian Bosworth. In case you don't remember, Brian Bosworth was a linebacker who was a really good football player in college before becoming a really big asshole. He played for the Seattle Seahawks for a couple of injury-laden years, but not before convincing kids like my own brother to shave lines in the side of their mullets. 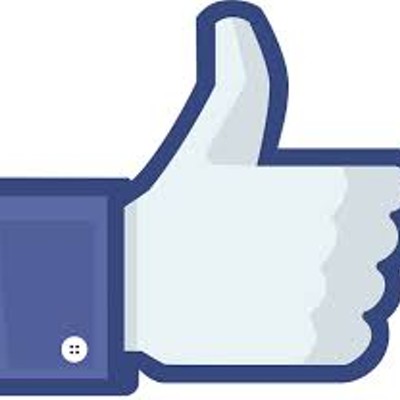