The mural on the empty lot near Division Street has been vandalized. (KXLY)

THERE
Hillary Clinton may have exclusively used her private e-mail account when Secretary of State, a choice that could not only have run afoul of public records law, but may have been a significant security risk. (New York Times)

Because cities don't track assaults in taxi cabs, we don't know if they're any safer than an Uber ride. (The Atlantic)

COLLAPSING LIKE SOME KIND OF....
House of Cards' third season started pretty unsatisfyingly. Here's why. (Grantland)

Alton Brown ate his way around Spokane this weekend 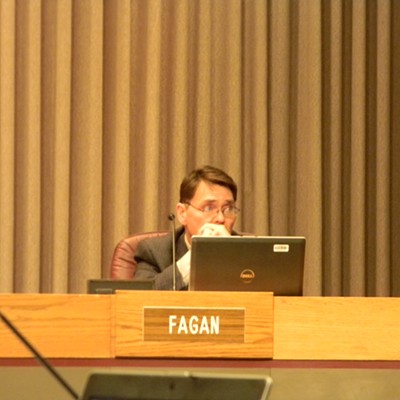 Biden will challenge Trump to fight by the flagpole after school, and 24 other extremely unlikely debate predictions