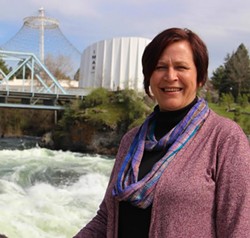 Shar Lichty
Envision Spokane held the kickoff for its Workers Bill of Rights initiative petition, drawing a handful of supporters that included Shar Lichty, the only declared challenger to Mayor David Condon.

Supporters have until July to collect about 2,500 signatures to get the initiative on the November ballot. If passed, most employers would be required to pay their workers a “living wage” that will be calculated by the city. It would also bar employers from firing workers without a “just cause” and require them to pay employees equally regardless of gender, gender identity, race, ethnicity, familial status, religion and other categories.

Lichty, who works as an organizer for the Spokane Peace and Justice Action League, made an appearance at the event held Wednesday night at the Community Building downtown to show her support.

“I grew up in a working family,” said Lichty of her support for the initiative. “It’s who I am.”

Lichty said she supports the initiative because it was crafted in a way to minimize its impact on on small businesses while raising wages. She said there would be no coordination between the campaigns.

In 2009 and 2011, Envision Spokane placed initiatives on the ballot that would have brought unprecedented protections to the Spokane River, allowed neighborhoods to block unwanted developments and expanded worker rights. None of them passed.

In 2013, a group of government and business entities sued to keep another attempted Envision initiative off the ballot. The case is still being resolved and it’s unlikely the initiative will appear on a ballot this year. Jake Thomas
Kai Huschke, Envision Workers Rights campaign manager, at the campaign's kickoff.
Brad Read, president of Envision Spokane’s board, says his group is setting up a new political committee to accept donations for the new campaign, which will be called “Envision Worker Rights.” Read estimates the campaign will need about $50,000 to be successful.

In the meantime, Kai Huschke, Envision Workers Rights campaign manager, says volunteers will be at community events and outside stores gathering signatures. The campaign will also directly seek support from low-income communities.

“This is really a people’s initiative,” he says. 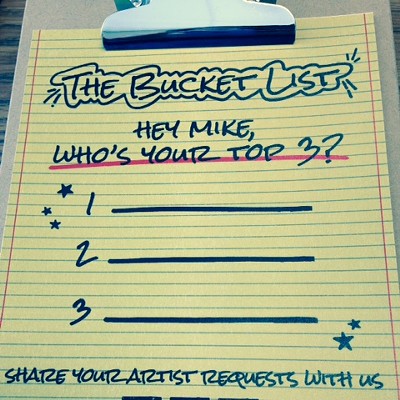