Welcome back to Weed Wednesday, your weekly dose of pot news. Wondering what this is about? Click. Looking for our previous marijuana coverage? Click. Got a question or tip? Email me at: jaket@inlander.com

The number of pot-related calls to the Washington Poison Center has increased from 109 cases in the first quarter of 2014 to 133 cases in the first quarter of 2015. But before you get all worked up about how the state’s emergency rooms are being flooded with screaming, red-eyed victims of the devil’s lettuce, there are a few things to consider. Dr. Alexander Garrard, the center’s clinical managing director, says that the rise in pot-related calls doesn’t necessarily mean that there are more people who are having adverse reactions to marijuana since it’s been legal.

“Now that it’s legal, people are more comfortable calling for help because there’s no fear of legal prosecution,” says Garrard, who notes that increased educational outreach that has accompanied the drug’s legalization may have also played a role.

Common calls to the center, says Garrard, are for situations where young kids found edibles that have been left lying around or have gotten into locked or unlocked cabinets to ingest weed-laced treats. But the two biggest age groups that had reported exposures were 13-19 and 20-29. Garrard says that these two groups are more open to experimentation with drugs already and that hasn't changed with legalization.

The majority of the cases also weren’t that big of a deal and were categorized as being "minor" or "moderate" incidents, and there were no fatalities.

Opponents of legal marijuana are using a federal law intended to combat organized crime to put Colorado pot shops out of business.

In Oregon, you can take pot on the plane if you’re traveling somewhere in the state.

A federal appeals court has ruled that marijuana businesses still can’t deduct their business expenses from their taxes like other businesses.

In a test to the state’s new religious freedom law, Indiana's First Church of Cannabis is suing state officials, arguing that the adherents are entitled to smoke pot. 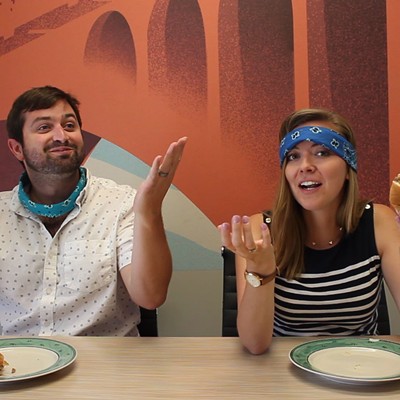