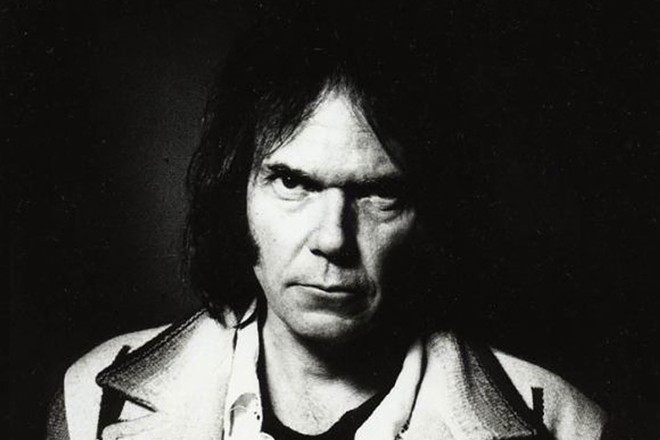 Hopefully, Neil Young is happier than this to perform in Spokane this fall.

Canadian music legend Neil Young continues to rock in the free world, coming to Spokane Arena Oct. 2. Accompanying Young, as part of the Rebel Content Tour, is Lukas Nelson (son of Willie) and his band the Promise of the Real, who played last year’s Gleason Fest.

Young has had a lot of fun this year. He duetted with Jimmy Fallon (who does a damn near perfect impression of him) and taught acting genius Meryl Streep how to play guitar for her role in Ricki and the Flash. But he’s still his old, hippie self. His current album, The Monsanto Years, made with Lukas Nelson and the Promise of the Real after meeting at a concert last year, is about exactly what you think it is — his lyrics are critical of American companies like Monsanto, Starbucks, Walmart and Chevron.

Fear not, the whole concert won’t be all new material. Young plans to dip into his decades-long catalogue for a show full of acoustic and hard rock tunes. Favorites like "Heart of Gold" and "Unknown Legend" are certain to be there. Tickets go on sale Aug. 21 and are $60 to $125.

Young was last in Spokane in 2007, playing at the INB Performing Arts Center. His sometimes bandmate Graham Nash was just in town last month.