Shar Lichty
“We endorsed Shar Lichty because her values seemed to line up more with ours,” says Jim Tieken, the union’s political action coordinator.

Specifically, Tieken says Lichty was more in agreement with the union on wage increases and benefits packages. Condon, he says, would like to put compensation more in line with the private sector and cites how the mayor discussed turning the city’s pension system into a 401k shortly after being elected.

“Being the largest union to represent city employees, it is clear that Mayor Condon’s poor leadership goes beyond his choices for top administrative positions,” said Lichty in a prepared statement. “His employees are dissatisfied with his performance in the job he was elected to do.”

In a statement, Condon replied, "Regardless of Local 270's endorsements, I look forward to continue working with them and the other city unions should I have the honor of serving a second term. I will continue to work to make city hall more efficient and find innovative ways to serve all the people of Spokane."

In other endorsements, the union took a neutral stance on the Worker Bill of Rights. It endorsed City Council candidate Lori Kinnear and incumbent Councilwoman Karen Stratton, as well as Council President Ben Stuckart.

Randy Ramos, who is challenging arch-conservative Councilman Mike Fagan for reelection, did not get the union’s endorsement.

“We’re not sure what’s going on with Randy’s campaign,” says Tieken. “We just haven’t seen much of Randy, unfortunately.”

Dolezal's a hero, Marco's a Muppet and other bold claims in the news 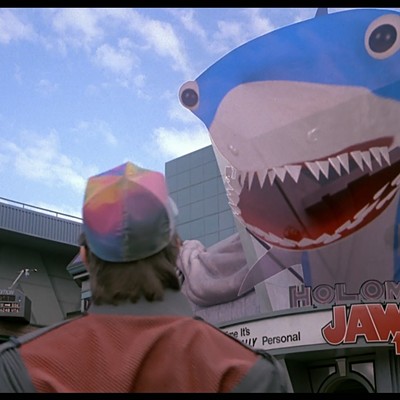