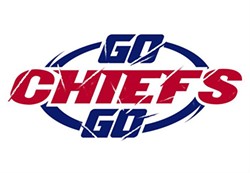 As the 2015-2016 National Hockey League season gets rolling this week, there will surely be some new faces on every roster, and four of those faces are former Spokane Chiefs. Overall, the Western Hockey League has produced 146 players that are now currently on NHL rosters.

The Vancouver Canucks lead the NHL in WHL graduates with nine on their current roster, while the Arizona Coyotes, Buffalo Sabres, Edmonton Oilers and Toronto Maple Leafs each boast seven former WHL players on their 2015-2016 rosters.

The Spokane Chiefs are 3-2 on their season and play Friday night in Portland against the Winterhawks. The next Chiefs home game is Friday, Oct. 16 at 7:05 pm against the Prince Albert Raiders.