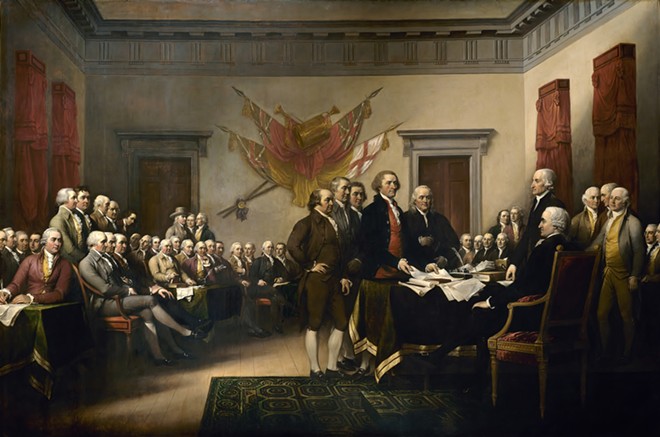 When powerful Idaho political donor Frank VanderSloot went to court to sue the lefty magazine Mother Jones, it resulted in an expensive trial that lasted over two years and cost literally millions of dollars. And ultimately, it resulted in vindication for Mother Jones. (There’s also a lengthy discussion about the meaning of “gay-bashing” and an aside about Anderson Cooper’s sexuality.)

But VanderSloot didn’t take it as a loss. If anything, he seemed energized by the verdict, promising to start a fund to sue more liberal papers that attack conservative figures like himself.

He may have found inspiration in Idaho Judge Darla Williamson’s analysis that the lawsuit was not frivolous, and in her passages critiquing Mother Jones, a famously liberal magazine, for being too biased.

“Mother Jones, in particular, leads the way in demonizing, rather than fairly discussing, those whose points of view differ from its own,” Williamson wrote. She condemned the magazine for mudslinging, “sophomoric bullying and name-calling."


And toward the end, she concluded with this

“True fearlessness in reporting would allow the readers of this nation to decide the issues for themselves by being given a well-rounded picture of the issue at hand. Slanted journalism fuels only divisiveness. Unlike the Founders’ dreams for this nation, such journalism does not act as the guardian of the democratic republic that gave the press its freedom.”

to any student of history, this is a particularly silly statement. Talking about the “Founders’ dreams for this nation” implies that the Founders had the same set of dreams for this nation, as opposed to arguing in bitter partisan ways about those dreams in, well, newspapers full of divisive, slanted journalism.

It’s not much of exaggeration to say that America was fundamentally founded on deeply partisan newspapers.

The British and the colonists clashed heavily over freedom of the press, long before the Revolution. Even James Franklin, Benjamin Franklin’s older brother, was arrested and imprisoned for offending the local government, and barred from printing. Benjamin Franklin himself espoused a printers-should-print-both-sides philosophy but wasn’t above using his publications to push his personal ideology.

In the Philadelphia Gazette, he created the most famous political cartoon in American history: A woodcut of a sliced-up snake, representing the colonies, with the slogan “JOIN, or DIE.”

This was hardly an attempt to be objective: It was propaganda, urging the colonies to unite during the French and Indian War. Similarly, when Franklin was lambasting the Stamp Act, he created another political cartoon “MAGNA Britannia: her Colonies " portraying Britain with her arms cut off, a metaphorical warning for what could happen if Britain lost her colonies.

Slanted, divisive propaganda, published by printers, written by anonymous firebrands, was crucial to the American Revolution. No joke: In this case, anonymous comments of "WAKE UP, AMERICA!" actually woke America up.

If you think MSNBC and FOX News are notorious for their bickering and biases, media partiality and propaganda were perfected during the American Revolution with Patriot and Loyalist newspapers fighting to keep their respective populations engaged.

Common Sense, by Thomas Paine, for example, was published in full in the Connecticut Courant newspaper. Far from Paine as a biased journalist, General George Washington had his troops read Thomas Paine’s famous "These are the times that try men’s souls” The American Crisis pamphlet before crossing the Delaware River. Paine later used partisan newspapers to show his ardent hatred of Washington.

In fact, from the Revolution, through the Articles of Confederation, the Constitution, through the first half of the 19th century, partisan newspapers were practically the only newspapers. Si Sheppard lays out a few examples in his book, The Partisan Press: A History of Media Bias in the United States, showing that the founding fathers were instrumentally involved in partisan newspapers.

Alexander Hamilton, under the pseudonym “Phocion,” wrote 25 different essays full of personal attacks against Thomas Jefferson in the Federalist Gazette of the United States. One of them went even so far as to accuse the honorable Mr. Jefferson of having an affair with one of his slaves.

Jefferson lambasted the Gazette as “a paper of pure Tory-ism, disseminating the doctrines of monarchy, aristocracy, and the exclusion of the people.”

So was Jefferson a Founding Father dreaming of an unbiased press that would act as the guardian of the democratic republic that gave the press its freedom? Nope. He wanted a paper biased in the other direction.

You can find plenty of examples of the Founding Fathers channeling VanderSloot, condemning and trying to punish newspapers that attacked them. But they didn’t want objectivity. They wanted newspapers that agreed with them.

Jefferson and James Madison started their own paper (the Philadelphia National Gazette) and filled it with attacks against Washington and Hamilton. Where Washington opposed political parties, the National Gazette actively pushed for them.

Jefferson and Madison helped fundraise for the Aurora, the newspaper of Benjamin Franklin Bache (Ben Franklin’s grandson). That’s the newspaper that called John Adams "old, querulous, bald, blind, crippled [and] toothless" and referred to George Washington’s address as the "loathings of a sick mind."

Mother Jones and National Review — or even Breitbart and Salon — are better analogs to the Founding Fathers’ understanding of the press than the modern New York Times and Washington Post.

If you want a strong case for a Founding Father ostensibly fighting against partisanship in the press, you might point to President John Adams, and the Alien and Sedition acts introduced under his administration. The acts punished those who would “write, print, utter, or publish . . . any false, scandalous and malicious writing” critical of the government.

But far from being non-partisan, this was partisanship at its most obvious. Hilariously, defamatory speech against the president was outlawed, but not speech against vice president Thomas Jefferson. Twenty newspaper editors were arrested, and they were almost all Democratic-Republicans. The guy who literally wrote the book on John Adams said the laws were “...rightly judged by history as the most reprehensible acts of his presidency."

Jefferson and Madison, of course, absolutely hated these acts. Madison called them “a monster that must forever disgrace its parents.” James Madison, while fighting against these acts, waxed poetic about the necessity of even awful biased newspapers.

Some degree of abuse is inseparable from the proper use of every thing; and in no instance is this more true than in that of the press. It has accordingly been decided, by the practice of the states, that it is better to leave a few of its noxious branches to their luxuriant growth, than, by pruning them away, to injure the vigor of those yielding the proper fruits. And can the wisdom of this policy be doubted by any one who reflects that to the press alone, checkered as it is with abuses, the world is indebted for all the triumphs which have been gained by reason and humanity over error and oppression?

In other words, Madison argues that slanted journalism doesn’t imperil liberty; it’s inseparable from it. It brings to mind the most famous passage from Madison in the Federalist Papers:

time anyone says, “the Founders believed…” ask which founders. Above-the-fray Washington? Aphorism-generator Franklin? Censorious Adams? Philosopher-statesman Jefferson? Cynical romantic Madison? Hip-hop megastar Hamilton?  Far from being a troupe of noble, like-minded fellow travelers, the founders fought each other, insulted each other, slandered each other, and even killed each other. This country is a product of bitter, slimy, partisan disagreement leading to ramshackle, jury-rigged compromise.

That’s even true today, where the single biggest blow to Mitt Romney’s campaign was a secretly-taped video showing him dismissing 47 percent of the country. That story was broken by a partisan journalist at a “mudslinging… sophomoric bullying and name-calling" publication called Mother Jones.

5 fall/winter movie trailers to get you in the mood