And despite what an Idaho District judge might have you believe, the Founding Fathers did not dream of an unbiased press, Quite the opposite actually.

Last Friday, a Texas Southern University freshman was shot and another person was wounded. Earlier that morning, a physical confrontation outside a dorm on Northern Arizona University's campus ended in the death of one student with three others injured. The two incidents were not "active-shooter episodes," like the shooting in Oregon, the New York Times reports. Rather, they stemmed from disputes turned violent.

The University of Texas has since planned a protest to recent state legislation that allows concealed carry on university campuses. They're calling it #CocksNotGlocks, and some people are not happy about it.

The Death of Columbus Day: John Oliver (see video below) asks why the federal holiday celebrating a conquistador's discovery of North America (like they weren't going to find that anyway) is still a thing, considering it resulted in death and slavery for thousands of Native Americans.

This year, Portland, Ore. and Albuquerque have denounced the holiday (which is today). Seattle and Minneapolis did the same year — replacing it with Indigenous Peoples' Day — and Berkeley, Calif. did it before it was cool back in 1992. Here are some suggestions for other Italians we could celebrate instead. 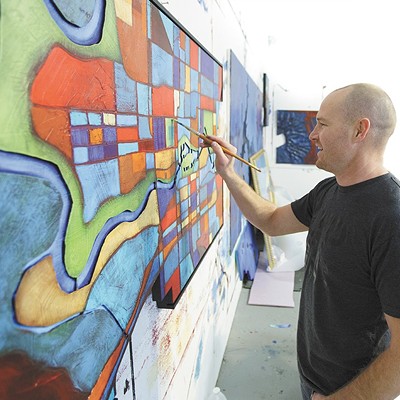