BlueStar's former VP pleaded guilty to fraud. Here's who he is 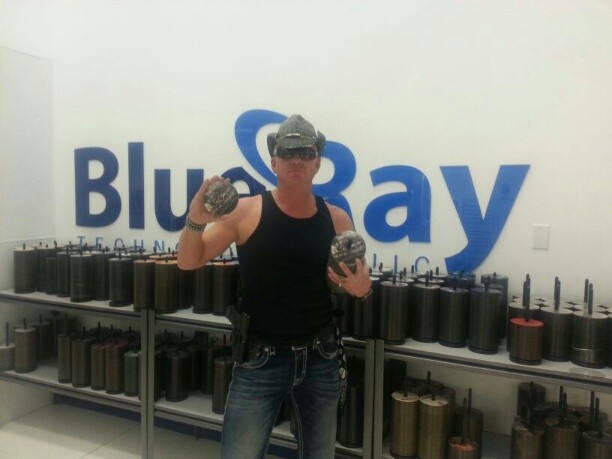 Photo courtesy of Sean Michael Borzage Boyd
This man pleaded guilty to fraud Tuesday, part of a company that former Mayor Mary Verner once said would "be the foundation of new opportunities in the area driven by their developmental technology."

He sent an email with the subject line, "Thanks."


Your article cost the company 2 Jobs. Delux canceled our order after they read your artical.. you are hurting our efforts to save the company.. FYI


Yesterday, Boyd pleaded guilty to "Conspiracy to Commit Mail Fraud and Wire Fraud" in federal court. He will be sentenced in May. In his plea, he stipulated to a number of facts, including:

- From January 2007 to October of 2010, [BlueStar CEO] Erick Hansen and others raised $7.6 million from about 200 investors, despite the fact they didn't even have a license to print Blu-ray discs until 2012. Boyd was involved with or received commissions of $2.4 million of that.

- Boyd five investors that they had a contract to produce Blu-rays with Michael Jackson footage, but the company never took meaningful steps to produce that contract.

- Boyd pushed an investor to transmit $50,000 to BlueStar, citing a contract to distribute an animated film. At that time, the contract had already expired and BlueStar had no ability to actually manufacture Blu-ray discs.

- In another email to an investor, Boyd referenced a $20 million partnership with a major independent film company, despite the fact they were not partners in any binding way, and there was no deal.

The Spokesman-Review reported initially, Boyd stuck with his story: He was a true believer. But the judge didn't let that stand.


“I believed Erick Hansen was building a Blu-ray factory,” Boyd said
...
“I hear from you, saying you didn’t commit a crime,” [U.S. District Court Judge Thomas O.] Rice said before ordering the recess. “I can’t take a guilty plea from someone who professes their innocence.”
Boyd, clad in a suit jacket and jeans, returned to the courtroom two hours later and entered a guilty plea that Rice accepted.
“I aided in raising money for a Blu-ray facility that was not making any discs,” Boyd said.

This isn't Boyd's first run-in with fraud allegations. In a blog post last year, I noted his long history.
Sean Michael (full name: Sean Michael Borzage Boyd), who’s served as BlueStar’s executive vice president of global business development, has been the subject of multiple state anti-fraud actions, and not just in Washington. In 2003, working for a company called ESS Environmental, he was sent a Cease and Desist letter from the Texas State Securities Board for selling unregistered securities. And in 2008, another company he worked for, SmartWear Technologies, was dinged by the California Department of Corporations for selling unregistered securities, omitting important information, and making false claims (say, claiming SmartWear had a contract with the Port of Los Angeles and Disney — they didn't). In 2012, a judgment came down from a three-year civil case on the matter, and Michael and several of his SmartWear colleagues were forced to pay a total of at least $25 million.
But the one thing that can't quite be captured by court documents: Boyd's mix of manic optimism, and incoherence.

“Throughout the dot-com bust, the nation’s economic disaster, throughout the Mayan end of the world in 2012, Erick Hansen didn’t sell out. He won’t stop because he loves the shareholders," Boyd told me in my phone interview with him last year. "Erick Hansen has not in any way shape or form done anything wrong. He’s done nothing but increase the company’s productivity."

I asked Boyd about the documents showing that, at one time, Hansen had fired him.

"We got into a fight. It happens," Boyd said. "You deal with high pressure, high stress, I might have yelled at him. He’s a business man. I’m an alpha male."

He took aim at Barb , a former and employee who sued the company for fraud. "If she spent the time trying to help Erick instead of trying to him, we’d have a company that’s viable," says.

He said he got paid about $100,000 a year by BlueStar. He told me that he made more than $330,000 at BlueStar, but said he was worth it. "Since I [joining] with the company, it’s increased revenue, and increased productivity," Boyd said.

But parts of our conversation didn't make any sense. He went off on a very long story I couldn't follow, talking about Big Brother, the Illuminati, freemasons, credit card tracking, and American Express. He insisted he couldn't possibly be prosecuted for because he was a "lifetime-appointed advisory board member" of the International Association of Financial Crimes Investigators. (I attempted to confirm this, but was unsuccessful.)


"ITS MY DREAM TO LINK ALL OF HOOLYWOODS BEST WITH THE FIRST AMERICAN PRIVATELY OPERATING INDEPENDENT BLURAY FACILITY IN THE WORLD , OWEND BY BLUESTAR PARTNERS AND ERICK HANSEN. MY HERO.N

DIRECTLY THOUGH MY EXCLUSIVE FAMILY RELATIONSHIPS WITH THE 2 LARGEST ENTER ENTERTAINMENT STUDIO CONGLOMERATS IN THE WORLD, "I have immediate no wait accessing to All departments and divission heads 24hrs 365, direct line,cell and international Private jets etc,

I WAS TOLD BY THE "THE MAIN MAN" FROM THE TIP TOP STUDIO IN THE WORLD " The Biggest of the Big, WE WILL HAVE A DISTRABUTION AGREEMENT, BUT NOT UNTIL WE HAVE FULL REDUNDANCY IN BLUESTAR`s BLURAY LINES. ITS JUST BUISNESS POLICY FOR OUTPUTTING PROCEDURE , NO WAY AROUND IT.

We are at the door we just need to cross the threshold and forvthe second time Entertainment lightning strikes 2 xs with ERICK "THE BLUE" :) HANSEN..

And this wasn't just his with reporters that could be a bit out of control. He took the same tone with emails to investors.

In January, after the FBI raid, he sent out an email to investors titled "Good News to All of our Partners!" asking the shareholders, who had seen zero return on their investment, to send a letter to thank Erick Hansen for sticking with it.

Erick Hansen Has Expressed His Gratitude To All The Share Holders For Their Unwavering Support.

He is confident that we together as a team, once again can march forward based upon the growth over this last year and our New Motion Picture Especially " Dominion".

We have come to far to rip each other apart!

We will not let the same 5 or 10 shareholders that have been trying to hurt the company for 7 years to be the voice of 240 partners.

Who has a real investment intact and viable after 7 years?

BLUESTAR is still alive so send ERICK a thank you letter and for staying in the GAME..

We all need encouragement. If You haven't send thank you this year please do it now.

If we loose Ericks heart we loose and you loose BlueStar

Forever and all this time was for nothing......

Thank you Erick for Dreaming that we could have a American Blu-ray company! What can I do to Help?

That's my word for the day! Gratitude


That film, Dominion? It's a movie, funded with BlueStar investor money and directed by Rico Lowry. He appears to be the son of Don Lowry, the con artist profiled in a recent This American Life episode.

Amazon reviewers have not been kind to the movie. 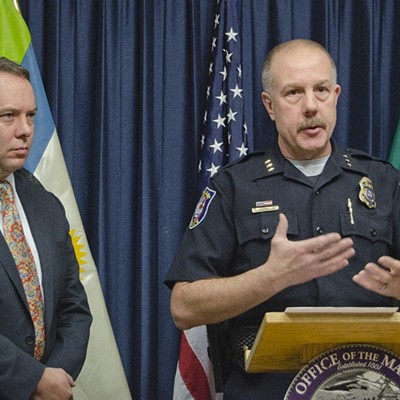 Straub's cushy job, and other news of the day

Straub to City: Google it yourself