Ben Stuckart
When Spokane City Council resumes in the new year after its holiday break, it’ll consider a revision to its public forum rules, an ordinance mandating sick leave for workers, a controversial initiative petition and more as the year unfolds.

On January 4, the first council meeting of the new year, the council will take up proposed amendments to its public comment rules. Currently, the council has a half-hour open forum period at the beginning and end of its Monday night meetings where anyone has three minutes to tell the council almost anything.

A cast of regulars typically shows up each week, including civic gadfly George McGrath, who routinely berates the council for its liberal orientation. At times, open forum has taken an abrasive and bizarre tone. Council President Ben Stuckart also says council isn’t getting a wide variety of feedback from the public because the same people show week after week, which is why he’s proposed changes to the rules.

“I think the most significant [proposed change] is that during open forum people will be allowed to testify once a month,” says Stuckart. “And the impetus for that was when I was out doorbelling [for reelection] that was really the most common complaint. People feel when you have the same eight people testify every week, people don’t feel like they can come down and have their voices heard.”

“Well, the one thing I am going to remind my colleagues of on the dais is the people are paying our salaries, and obviously public comment is very very important,” says Fagan. “I would sure hate to think that the changes being brought on just because of the comments of a few people because if that’s the case I would say what a bunch of wussies the city council are if they can’t sit and listen to criticism as well as praise.”

On January 11, the council will be holding a hearing on an initiative petition that would undo an ordinance that prohibits police and other city employees from making contact with individuals solely based on their immigration status. The petition has enough valid signatures to qualify for the November 2017 ballot, but its sponsor, truck driver Jackie Murray, is seeking to disassociate herself from the measure, which has put the city in a highly unusual position.

Jackie Murray
Stuckart, an opponent of the petition, says that he’s met with city attorneys who describe the situation as a “quandary.” In response, he says the council will neither move to put the measure on the ballot nor move to quash it, effectively leaving it in a state of limbo.

“We are just going to let it sit there for a year and if someone wants to file in court to force us to put it on the ballot, we’ll see how we respond,” he says.

Fagan, a supporter of the petition, says that illegal immigration is a “scourge” in the city that brings in illegal drugs.

“I think the council president would be doing a huge disservice to the people who signed it expecting to bring it to the ballot,” say Fagan.

At the same meeting, the council will also be taking up an ordinance mandating that private employers in the city of Spokane provide a way for their workers to earn time off to deal with illness or domestic violence. Members of council announced the policy in March with hopes of getting it passed by the summer, only to have it derailed over internal divisions in the liberal voting bloc that dominates the city’s legislative body.

The ordinance has been revised to exclude the construction industry as well as seasonal, temporary and domestic workers. But Stuckart says that Greater Spokane Inc. (which wasn’t immediately available for comment) recently came out against it. Stuckart says he thinks he has the votes on council to get it passed, as well as support from citizens.

“I’ve heard from at least three times as many citizens supporting the change than people contacting me against passing it,” he says.

Other issues Stuckart may take up in 2016 include an expansion of the city’s “ban the box” policy to private businesses and finding permanent funding for arts programs.

Fagan says he'll oppose the paid sick leave ordinance and worries that a hike in the minimum wage or a gun tax could be next. 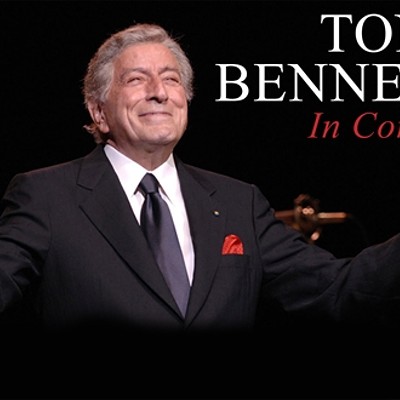