Spokane Indians groundskeeper makes the leap to the major leagues 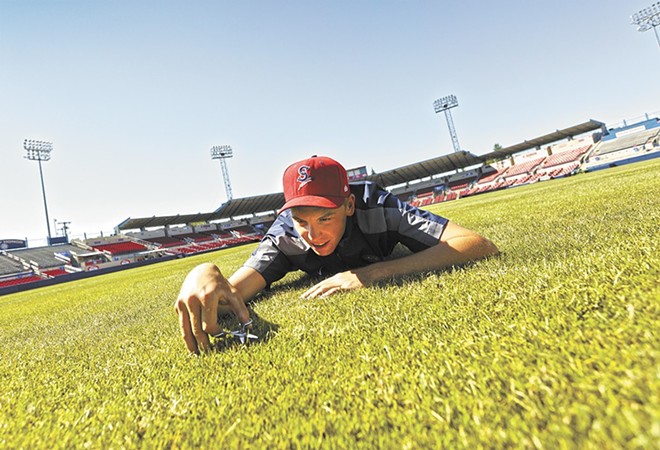 Yearout was playing middle infield at Lewis and Clark High School when he realized that his own baseball skills might not take him to The Show. "I've never hit a home run in my life," he told us last spring. "But I'm a great Wiffle-ball player."

Instead of simply setting aside his dream of making the bigs, though, Yearout put down his glove and picked up a rake. And now that rake is taking him to the major leagues. The Indians announced today that Yearout had scored a job with the Philadelphia Phillies, working on the National League squad's grounds crew.

Yearout is the third Indians' field staffer to make the majors, and it's well-deserved; he's a two-time Sports Turf Manager of the Year for Spokane's level of minor-league ball.

"I'm excited for the opportunity the Phillies have given me and know none of this would be possible without the experience I gained during my time with the Indians organization," said Yearout in a statement put out by the Spokane team. "I've learned so much from guys such as Tony Lee during the last five years and I'm really going to miss Spokane, Avista Stadium, and all of the people I've met and had the pleasure to work with there."

Yearout is 24, and just finished his second season as the Indians' head groundskeeper, and fifth with the team overall. He's a 2014 graduate of Washington State University, with a bachelor's degree in integrated plant management.