Today's news: Iran, Obama and other big controversies of the day

Layover in Iran, without even a nearby Cinnabon or halfway-decent gift shop
ON INLANDER.COM

But where was he in Space Jam?
John Stockton was ranked the third best point guard of all time by ESPN.

Wiltjer Is Coming
HBO is launching a new series about Gonzaga basketball.

Sasquatch Hunters Almanac
Here's what the Sasquatch lineup is looking like. You may recognize a few names.

Sick Leave, Immigration, and the Wrath of McGrath
What the marathon Spokane City Council meeting gave us, besides a cranky, tired Inlander reporter.

Paper Shuffle
• The Spokesman-Review launches a redesign, including my new favorite section, "Good News," which so far consists entirely of one story: A Shawn Vestal column from last March about bad news. (Spokesman-Review)

That's the Valley For You!
• Spokane City Councilmen Dean Grafos and Chuck Hafner — conservatives who once helped overthrow a more liberal city council —  find themselves in the minority, as the balance of power tips in an even-more-conservative direction. (Spokesman-Review)

Embarking on the Oregon Trail
• Rep. Matt Shea continues to find new ways to bug Ozzie Knezovich — this time by going down on a "fact-finding" mission to Oregon's Malheur National Wildlife Refuge, where armed protesters had occupied the facility. Ozzie reacts. (Spokesman-Review)

Smarter Justice
• Raul Labrador publishes an op-ed using the Oregon crisis to talk about one of the issues he's most passionate Sentencing reform. (Idaho Statesman)

The state of our union is (SPOILERS) strong
• Obama gives one last state o' the union address, for old time's sake. And people seemed to like it — at least more than they liked his presidency.

The lure of sweet, sweet anger
• South Carolina Gov. Nikki Haley gave the GOP's response to the address, but instead of aiming her rhetoric at Obama, she seemed to focus more on aiming it toward Trump. “Today, we live in a time of threats like few others in recent memory. During anxious times, it can be tempting to follow the siren call of the angriest voices. We must resist that temptation." Trump supporters were outraged, arguing that this is time to follow the angriest voices.

The Persian AAA
• In an exciting B-story during Obama's State of the Union, Iran captured 10 American navy sailors, after their two patrol boats had mechanical problems. They were released the next morning. And depending on which Twitter followers you subscribe to, it was either the latest humiliation for Obama's feckless foreign policy or proof that finally things are improving in the region that, remember, has a record of holding Americans hostage for quite some time.

An old video is unearthed of Sen. Marco Rubio
• Is it a sex tape? A collection of his favorite ethnic slurs? A frank admission that he doesn't actually like the Miami Dolphins, he was just pretending to so all the guys would think he was cool? Worse. It's proposing solutions to climate change. Did he just kiss the presidency goodbye?

ESPN ranks Gonzaga's John Stockton as No. 3 point guard of all time 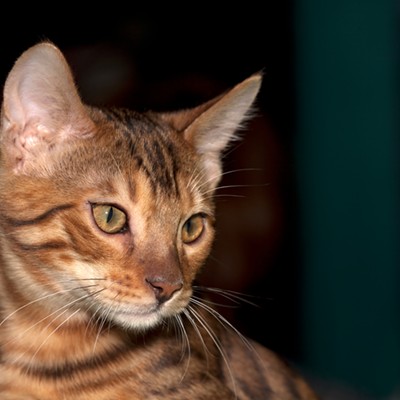