• The deadline to apply to replace Councilman Jon Snyder, who resigned to take a job in Olympia, has come and gone. Here’s who applied.

• Many a time has someone claimed to have cleaned up the mess at the Ridpath hotel. Has that problem been solved?

Intermodal police precinct opens
The Spokane Police Department officially moved its downtown precinct to a facility already owned by the city. The controversial move has been a source of concern for the business community, but city officials say it makes sense financially and police presence won’t suffer.

Anti-tax initiative struck down
A King County judge has ruled that Tim Eyman’s latest initiative, which passed in November, that would have either slashed the state sales tax or restricted legislators ability to raise taxes, is unconstitutional.

The Uber for weed?
Some Washington lawmakers say it’s time to try out allowing marijuana businesses to deliver their products to consumers.

East Coast braces for storm
Officials across eastern states are preparing for the biggest storm yet this winter. 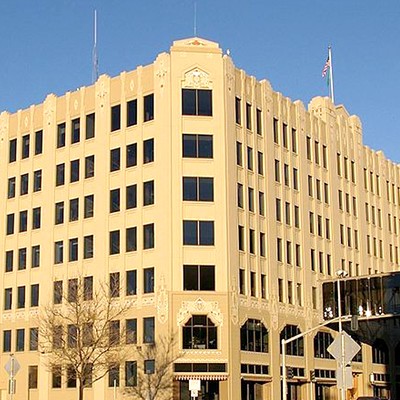 There are $25 Book of Mormon tickets up for grabs