How worried should the Inland Northwest be about the Zika outbreak? 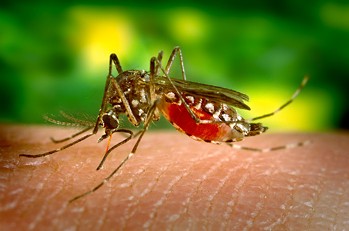 Zika is thought to be transmitted to humans by the Aedes aegypti mosquito.

Zika has been rampantly spreading across parts of Central and South America since last May. Though the virus often presents minor or no symptoms (mild fever, rash, red eyes, joint pain) in those infected, the biggest concern is the increasing number of babies in these regions born with birth defects — namely an abnormally small head, a condition called microcephaly that can also cause brain damage — that's highly suspected to be caused by the virus during gestation.

The U.S. Centers for Disease Control is advising women who may be or currently are pregnant to avoid traveling to any countries (a total of 24) where the Zika virus has been reported.

The biggest concern is preventing the spread of the disease to other areas where Zika's carrier, a species of mosquito called Aedes aegypti, is naturally found. While the mosquito mostly inhabits tropical climates, its distribution range extends to several temperate states in the southern U.S., including Florida, Alabama, Georgia, Mississippi, Louisiana, South Carolina, Arkansas, Texas, New Mexico, Arizona and parts of California.

Here in the Northwest we're relatively safe from Zika, considering the mosquito species carrying the virus isn't found here, but what does this widespread, international outbreak mean for our region?

The Inlander reached out to the Spokane Regional Health District this morning to get their take. Chief medical officer Dr. Joel McCullough says SRHD is taking the same stance as the CDC, advising pregnant or potentially pregnant women to avoid traveling to regions where the virus is currently spreading. Precautions to be taken by anyone traveling to an area where Zika is found include wearing long sleeves, using pest repellant and mosquito netting, McCullough says.

Heath officials are currently investigating whether Zika could be transmitted via blood transfusions or sexual contact. If there is a link here, that would increase the risk of transmission by returning travelers from areas where the virus is present. The potential for human-to-human transmission is concerning since many of those infected by the virus show no symptoms, he adds.

Thankfully, no cases of Zika have been reported in Washington state so far, McCullough says.

"We don't believe there will be any outbreak here in Spokane," he says. "The main concern with us is the returning travelers, and potentially there may be birth defects in babies [exposed to the virus]. We should be OK, but it's always good to be cautious."

Media reports about the Zika virus are everywhere, but for those looking to learn more, the following links offer reliable, comprehensive information: